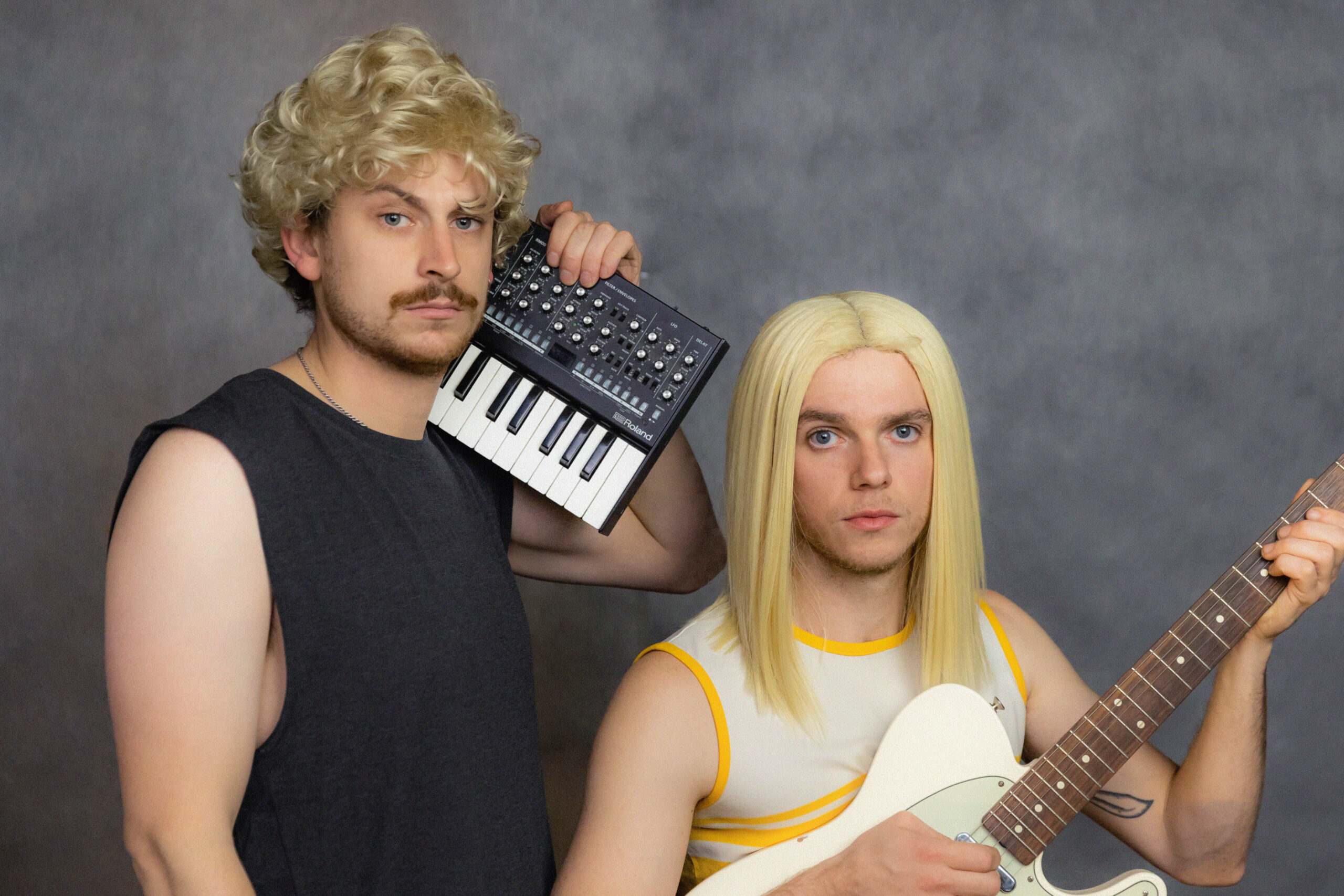 Tongue-in-cheek pop duo Tommy & Roy have today announced their eclectic new single Dirt Bike, a song inspired by a memorable chance meeting at a rural Australian pub, out today. The release follows previous singles High On Nightmares and Sedated, and further expands the colourful, weird and wonderful world of Tommy & Roy. Fresh off the back of supporting local legends Sex on Toast on tour in NSW, Tommy & Roy are here to stay — and they’re only just getting started.

Mixed by Bonnie Knight and written, recorded and produced by the duo themselves, Dirt Bike is deliciously catchy, with an irrepressible beat and refreshingly complex, world-building lyricism. While the track is certainly evocative of synth-pop icons MGMT and even pop superstar Dua Lipa, the song is undeniably, uniquely Tommy & Roy — truly unlike anything else out there today. The story behind Dirt Bike is a remarkable one. Reflecting on the experience, Roy explains, “Our songs are often written from the perspective of a concerned person to their friend who is a reckless party animal. This song is no different.

“We were minding our own business at the local pub when a woman came and sat at our table. We don’t remember her name, but we do remember that she was wild. She was drinking loads of beers and regaling us with distasteful stories. At the end of the night, she had drank 5 pints (that we knew of) and told us that she was driving home. We protested, but she would not be dissuaded. We don’t know if she made it home alive. “We spent the rest of the stay at Tommy’s auntie’s house writing this song.”

Tommy & Roy, friends for a good two decades, started their duo late one night — or rather, very early one morning, after a party — and have since released three singles under the moniker. Their unusual, effervescent take on dance-pop music is deeply infectious, as they reflect on some of their influences over their time as a duo, “We’re inspired by the pursuit of the perfect, funky bassline (it exists), the night time, and the bonds of family & friends (they are stronger than diamonds, we suspect).”

Dirt Bike has made its debut in Tommy & Roy’s live set, as they performed alongside Sex on Toast at Mary’s Underground in Sydney this past weekend. Fans keen to catch the duo live can still do so, as they prepare to support Sex on Toast once again at The Gasometer Hotel in Melbourne on December 2.

Dirt Bike is out now.