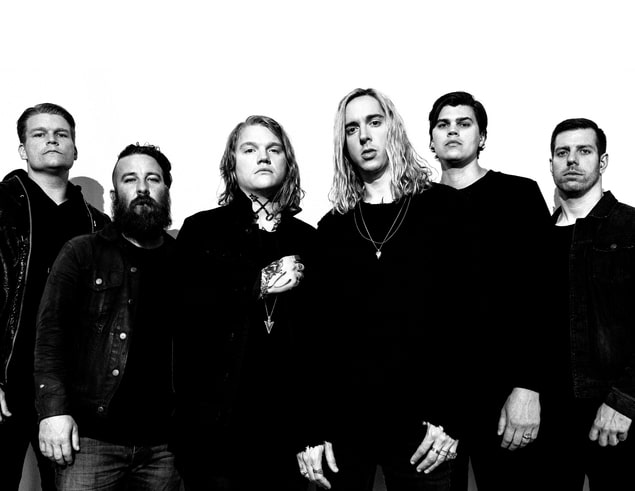 Fresh off an electrifying performance at the Aftershock Festival over the weekend, where singerSpencer Chamberlain performed while still nursing a still-healing broken foot that he sustained during the band’s previous appearance at Riot Fest, Underoath have released the cinematic and thematically arresting video for “ihateit.”
“The ‘ihateit’ video is a glimpse into what it’s like to feel alienated, to need something you shouldn’t need, to feel trapped and isolated and to feel like you have to keep returning to that place to find solace, it’s a vicious cycle,” said Underoath’s  Aaron Gillespie.

Underoath will be performing exclusively at UNIFY: A Heavy Music Gathering 2019. This is their onlyAustralian performance and will be held at the Tarwin Lower site Friday Jan 11th. Tickets available here.

Not only does their new album ‘Erase Me’ mark the group’s first new album since 2010, but it crashed the Billboard Top Hard Rock Albums Chart at #1 and vaulted into the Top 20 of the Billboard Top 200. It sees the band refine its trend-setting but inimitable style with heavy intensity and hypnotic hooks coursing through songs like “Rapture,” “On My Teeth,” “Wake Me,” and “It Has to Start Somewhere,” which have cumulatively tallied over 10 million streams in a few months’ time—a rare and impressive feat for any rock band.
The track ‘ihateit’ was produced by Matt Squire (The Used & Saosin) & Eric Taft (The Amity Affliction) and written by Underoath.