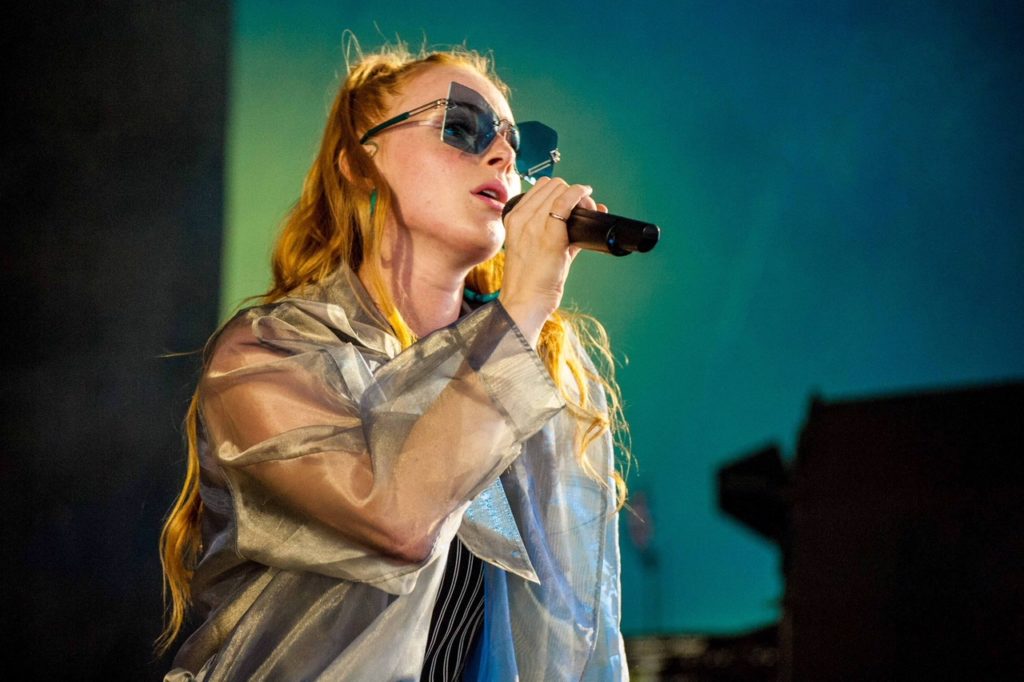 December 21, 2018: International singer-songwriter and Australian music star Vera Blue has teamed up with Greenpeace to protect the pristine waters of the Southern Ocean.

Blue has recorded a live acoustic set with Greenpeace on the deck of the Rainbow Warrior specifically for Greenpeace’s “People v Oil campaign.

“This video was an opportunity for me to return to my values and use my voice to protect one of Australia’s most precious environments,” Blue said.

“The Great Australian Bight is incredibly rich in marine life and is home to whales, sea lions, fur seals, and countless other species of life.

“We cannot allow oil companies to gamble with this environment which should be preserved for future generations.”

Greenpeace Australia Pacific are currently conducting a tour of the Great Australian Bight in partnership with scientists to explore, research, and document the pristine beauty of the natural environment.

“The Great Australian Bight is home to more unique species than the Great Barrier Reef with more than 85 percent of the life found nowhere else on earth,” Greenpeace Senior Campaigner, Nathaniel Pelle, said.

“But these unique and magnificent marine ecosystems, including a world-renowned whale nursery, are being risked by the dangerous deepwater oil drilling and seismic blasting proposals from oil companies, including Norwegian oil giant Equinor.

“Recent leaked oil company document have also shown that an oil spill in the Bight could be twice as big as Deepwater Horizon and not only coat the coasts of South Australia but could hit the Twelve Apostles in Victoria and spread tar balls and pollution as far north as Bondi Beach.”