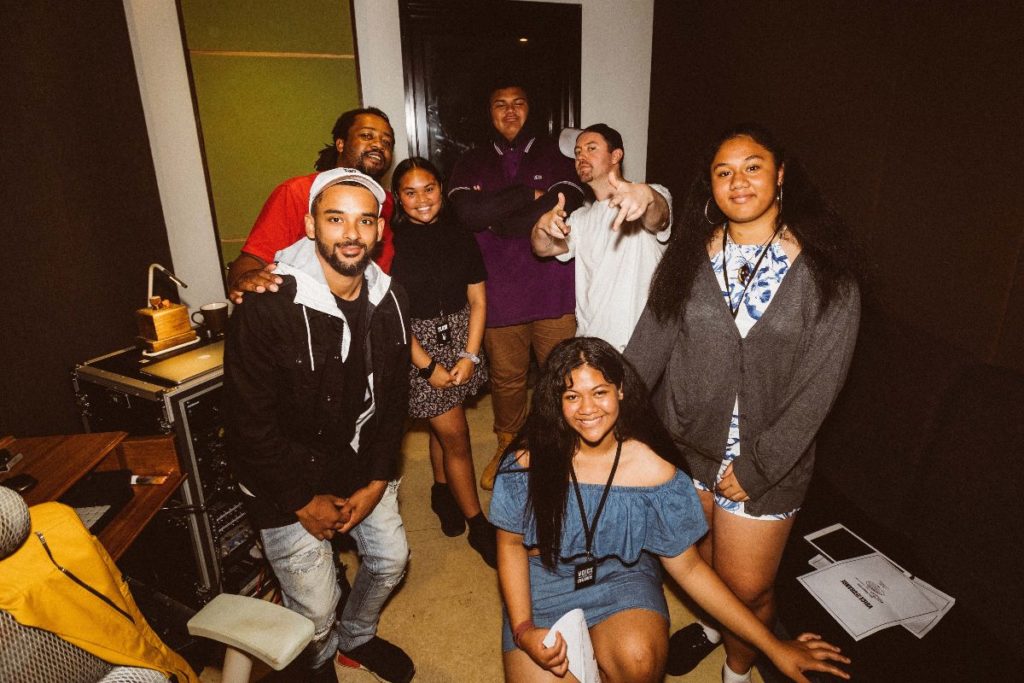 Voice For Change is stepping off screen and into the classroom with music development workshops that include songwriting mentor sessions and performance coaching, leading into a one-off performance at the Australian Open – AO Live Stage – for talented future stars.

Aspiring teenage performers across Melton, St. Albans and Tarneit have been lucky enough to meet, write with and learn from some of Australia’s best urban and hip-hop musicians including Adrian Eagle, Nic Martin (UNO Stereo), Nkechi Anele (Saskwatch), Mantra, Mohamed Komba (a.k.a. MoMO/IAMMXO) and Krown as part of the Voice For Change initiative.

Out of these sessions, a group of young people will be given the opportunity to write and record collaborative tracks at Alt. Music Group and The Base recording studios and to work on their stage craft with performance coaching from Ecca Vandal, Adrian Eagle and MoMO.

These students will then take to the Live Stage and perform at Australian Open on the 13th January, accompanied by Adrian Eagle, Krown, P-UniQue and supported by DJ Mat Cant.

Voice For Change is a community-focussed music initiative developed by the Mushroom Group supported by Victorian Government, to inspire young people to follow their dreams and ambitions. Voice For Change is about connectivity, inclusion, acceptance, overcoming adversity and harnessing the power of music to impact and positively change lives.

To date, Voice For Change has presented an online documentary series that is edgy, confident, unapologetic and deals with musicians and sporting stars’ personal journeys and challenges including racism, feelings of disenfranchisement, marginalisation and social inclusion. We have seen episodes featuring Majak Daw, Mohamed Komba (a.k.a. MoMO), B Wise, Krown, Flex Mami, Mirrah, Darcy Vescio, P-UniQue and Ngaiire and we are still to hear from the powerful voices of Adrian Eagle, Ecca Vandal and Remi.

The workshops and performance opportunities mark a positive change where young people are mentored by the best musicians helping them create, articulate and share their own personal stories and perspectives through music.

Minister for Creative Industries Martin Foley said: “Music provides a very powerful means for young people to express their identity, explore their place in the world, build confidence and connect with others. Voice for Change will give young people an opportunity to tell their own stories and be inspired by the stories of others who have overcome adversity. Under the mentorship of some of Australia’s most powerful emerging voices, they will also learn new skills and create their own music. Our government is proud to support it.”

Michael Gudinski, AM Chairman, The Mushroom Group, stated: “Mushroom Group is proud to watch Voice For Change move into the next stages where young people are rewarded with an incredible performance opportunity in a high profile setting. The efforts and contributions from Australian musicians, sportspeople and community leaders in mentoring these young people have been humbling and we are appreciative of their guidance. “The impact a program like Voice For Change can have within the community is of such great value and goes a long way in developing the next generation of Australian Music Industry Professionals, Artists and Community Leaders.”