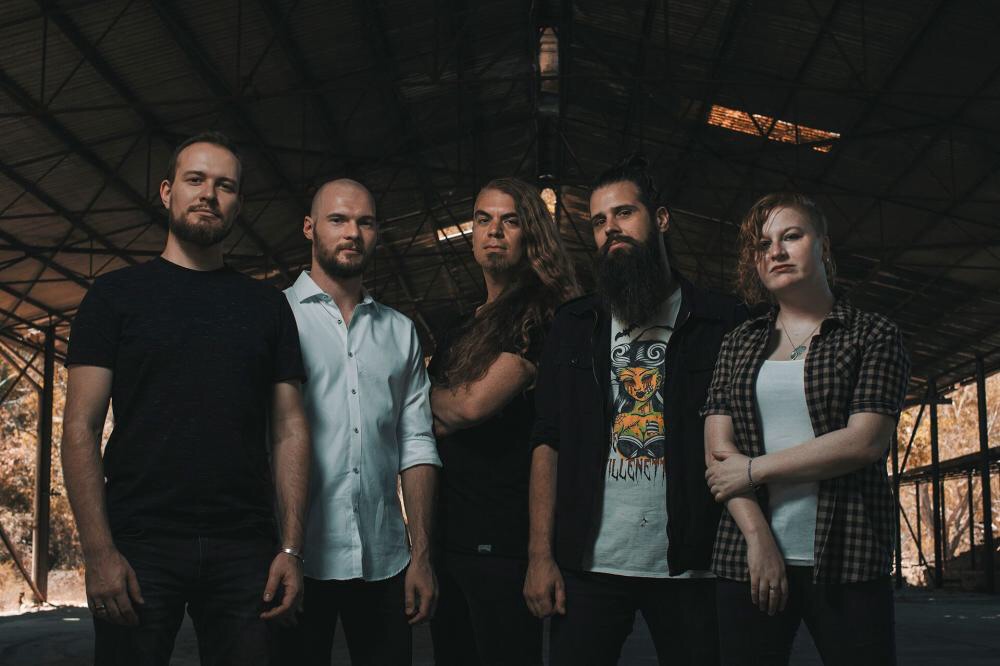 Voyager have released their first musical offering under new label Season of Mist. ‘Brightstar’ is the brand new single by Perth’s pop/prog quintet, unleashing a track that builds from an 80’s inspired synth based intro to a stratospheric new-romantic chorus, enlightening fans with melodies and harmonies that build up to the track’s apex that is out of this world. The outfit premiered the brilliant video at UK’s Prog Mag.

Directed by Red Empire Media, Voyager’s Perth-fect music video encompasses the quintessential nature of Western Australia, displaying the relationship between science, art, and nature. With a montage of drone footage taken from Parkes, CSIRO and MRO Space Satellite sites across Western Australia, Voyager explores the synergy of how science and creative expression go hand in hand.

Danny Estrin, frontman for Voyager says this about the allegory behind his lyrics – “Brightstar is about the power of rationality, of the importance of science as an art, of facts, of the demise of empirical evidence in favour of blind belief in idols who spit forth a torrent of nonsense and generally about not believing in something or someone because it’s shiny and bright and promises a warm blanket of comfort.”

“It’s so refreshing to be playing in such wide open spaces and to use technology to create art… There was definitely something magical about the beauty of this blisteringly hot part of the country and I think this clip will capture that magic. We are proud to be from Perth and we want our fans to see what we see. We also want them to know that we almost burnt to a crisp on 40-degree heat to bring them this visual treat!”

Ash Doodkorte, Voyager’s drummer, says this about the tour “We’ve whispered it among ourselves for years and it’s finally happening: Voyager and Twelve Foot Ninja on the road together around Australia! We can’t wait to bring the heaviness, grooves, and singalongs. The only thing that could make it even better is an appearance or two at a huge heavy festival like, say, Download Festival Australia. Wait, what? FARK YEAH!!!”

Destined for longevity and worldwide success, Voyager recently signed their first worldwide recording contract with Season of Mist following the release of their 6th opus Ghost Mile. Ghost Mile saw dedicated fans contribute to the band’s Pledge Music campaign in 2017, reaching the band’s goal in just a little over a week. Having toured the world a few times over and having shared the stage with names such as Deftones, Leprous, Nightwish, Coheed and Cambria, as well as headlining a number of festivals, Voyager are back with an taste of what’s to come. The band’s versatile sound sees them complement a multiplicity of line-ups, and attract the love and attention of a wide demographic of fans.

From the new-romantic croon of Danny Estrin’s vocals and his 80’s keytar solos, to the technical yet melodic chops of Simone Dow and Scott Kay’s fretwork, to the groove of Alex Canion’s bass and to the bombastic beats of Ash Doodkorte’s frenetic drumming, Voyager are a pop/prog/power/rock/metal force to be reckoned with.

Voyager’s new single Brightstar is out now on iTunes/Spotify and all good outlets. Tickets are on sale now for all dates on the Twelve Foot Ninja/Voyager Upload Tour at twelvefootninja.com and Sydney and Melbourne crew can catch Voyager at Download Festival Australia 2019, with tickets at http://www.downloadfestival.com.au.