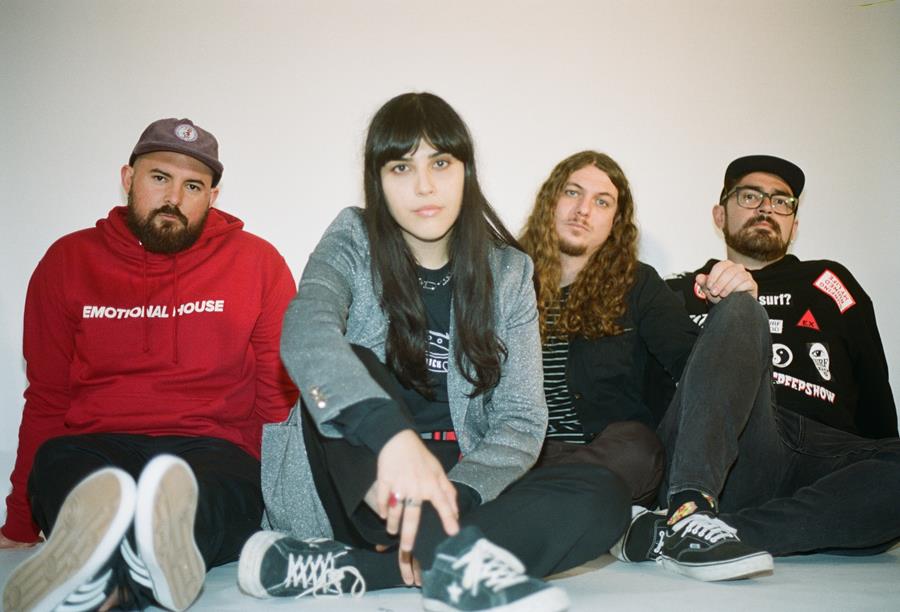 The band is also set to play two Under 18 shows, one at Wrangler Studios in Melbourne on Sunday August 18, and one at The Zoo in Brisbane on Sunday, August 25.
There’s no denying WAAX kicked down the door with the release of their huge single ‘Labrador,’ and set fire to the joint with ‘FU.’ It’s on their current single ‘I Am’ though, in the aftermath of all that destruction, that they take a moment to take stock of all that’s happened and really open themselves up. The song still rocks and rocks hard – the guitar lines soar, the drums thump like a kick to the guts, and that quiet vocal delivery (although short) is only a fleeting moment of sweetness from singer Maz DeVita before she’s back to her howling best.
However, ‘I Am’ really shows the depth that the band has discovered in this new phase of their creativity and career that has undeniably reached a new wave of fans, and been complemented by a deserving wave of critical and cultural celebration. It’s that connection that has seen these shows sell out so rapidly, and will likely see more sell outs to come.
After years winning hearts and minds with their music and selling out national show after show across the country, WAAX finally signed to Dew Process last year for the record deal they deserved. Now they’re having their rightful moment in the spotlight. It’s not always easy when you’re exposed to that light – after all light is the greatest disinfectant there is and you never know what toxicity will be exposed (see certain recent shows for reference). However, WAAX are ready for it. They’re pushing ahead hard and not stopping or slowing down for anything or anyone, with plans to release their highly-anticipated debut album later in 2019.
Until that moment arrives though, we look forward to seeing you screaming loud at these ‘I Am’ shows.