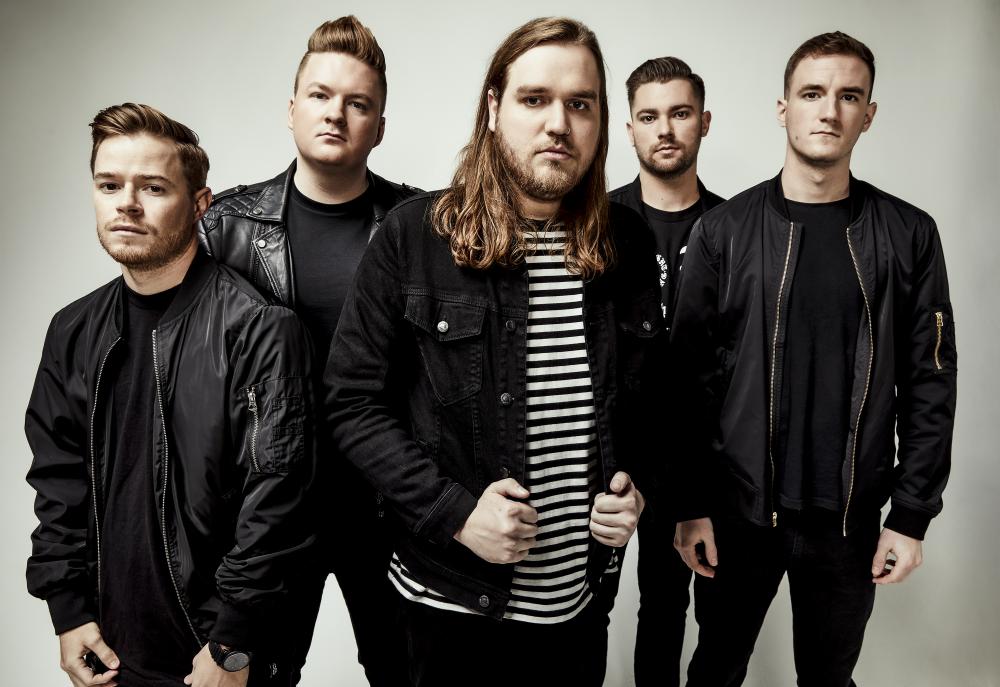 Wage War have released two new tracks from their forthcoming album ‘Pressure’ – out Friday August 30 through Fearless Records and Caroline Australia! The album can be pre-ordered/pre-saved at https://lnk.to/wwpressure!

The two tracks – the heavy as hell ‘Prison’ and the melodic ‘Me Against Myself’ dropped overnight after being premiered separately at different US blogs and radio stations. Prison was premiered at Loudwire and Me Against Myself on Sirius XM Octane. Prison was then spun on triple j’s The Racket last night! Both tracks are live now for streaming and purchase!

A whirlwind four years set the foundation for such a statement. The group’s 2015 debut, Blueprints, yielded multiple fan favorites with “Alive” cracking 12 million Spotify streams and “The River” exceeding 8 million to date. Meanwhile, 2017’s Deadweight established them as a rising force. Totaling nearly 50 million cumulative streams in two years, the single “Stitch” racked up 14 million streams on Spotify as Deadweight received widespread praise from Metal Injection, New Noise, Metal Hammer, and Rock Sound who dubbed it, “a relentless, genre-evolving treat.” Meanwhile, they toured alongside everyone from I Prevail and Of Mice & Men to Parkway Drive and A Day To Remember, logging countless miles on the road.

In order to approach their next evolution from a different angle, Wage War enlisted the talents of producer Drew Fulk (Motionless in White, Lil Peep, IDKHOW) and recorded in Los Angeles for the first time. The locale fostered a spirit of evolution.

In the end, Pressure elevates Wage War to the next level. “When you listen to the album, you hopefully get Wage War turned up to ten,” Cody leaves off. “Lyrically, everything is from the heart. Maybe, it gets you through a tough time, pushes you into another day, or gives you the strength to talk to somebody. There’s nothing better.”

New singles Prison and Me Against Myself are out now in Spotify/Apple Music/iTunes and more. Wage War’s new album “Pressure” is out on Friday August 30 in Australia and New Zealand through Fearless Records/Caroline Australia. Pre-Orders can be found at https://lnk.to/wwpressure. Single “Who I Am” is out now on all digital platforms and streaming outlets.