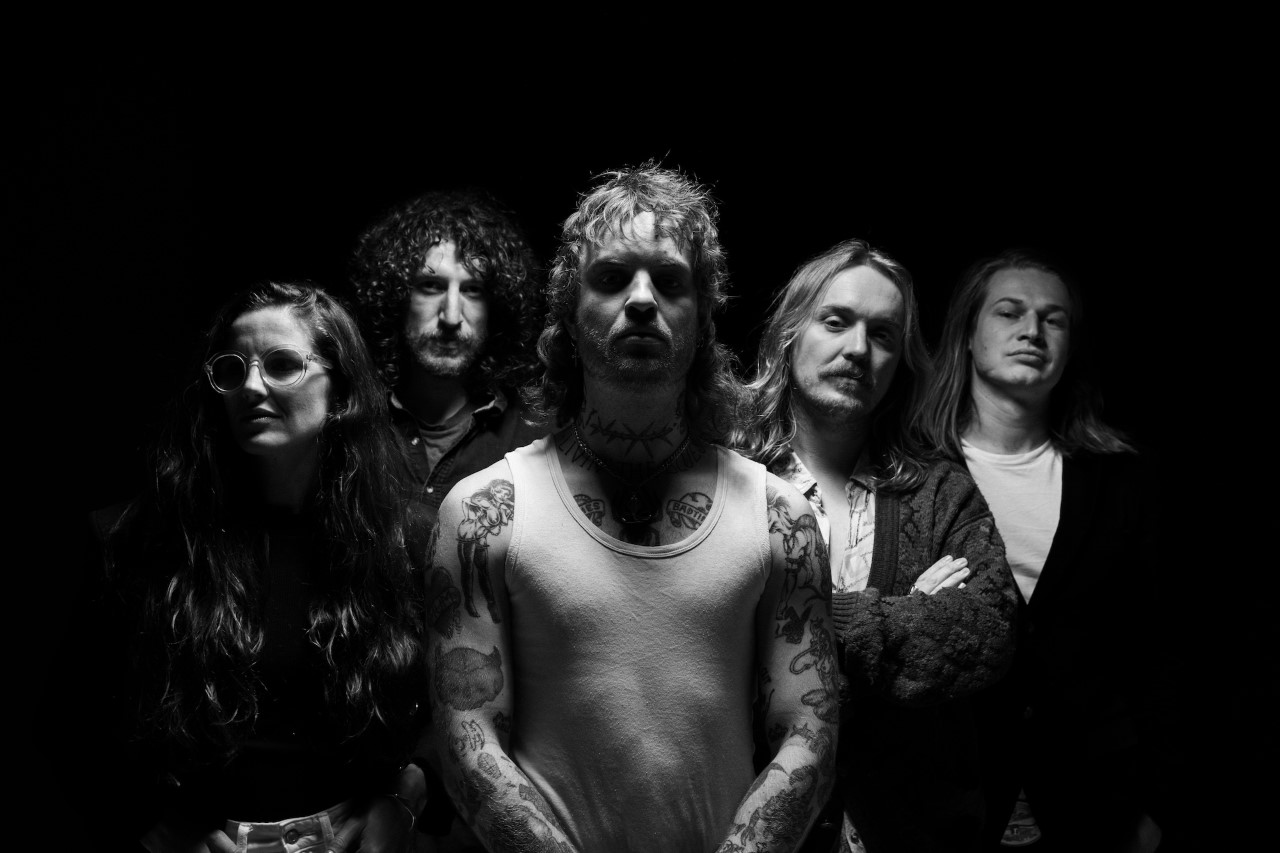 Come and surrender your soul to the blues and grooving magic of the debut single from Willie J & The Bad Books, with Backdoor Man officially out in the world today. An energetic and passionate tune revelling in blues rock with an Australian flavour, Backdoor Man is accompanied by a black-and-white clip shot in a tram and showcasing the entire band doing what they do best. With the band set to imminently head into the studio to record their debut album, Backdoor Man is a sweltering introduction to the Melbourne amalgamation of Motorhead, Jimi Hendrix and Robert Johnson if they hung out in an Aussie pub. Having recently busted out onstage alongside Dallas Frasca in Fitzroy, the band also have a series of shows lined up in December and January, including an official single launch for Backdoor Man locked and loaded for Friday January 6 at the Northcote Social Club.

An energy-fuelled tune paying loving homage to the blues, Backdoor Man flexes its blues and psychedelic grooves alongside raw riffs and nods to the likes of Janis Joplin, Led Zeppelin, Marcus King, Bonnie Raitt and Stevie Ray Vaughan. Recorded and produced at guitarist Rick Steward’s home studio, Backdoor Man also lends its authentic charm to the track ultimately being captured in one take, as Rick himself explains, “I didn’t want it to sound too polished, so I set limitation to the amount of microphones used on the drums, I used old mics on vocals, old instruments and old amps, it was hit in one take with minimal overdubbing. I think it’s important to set limits, most of The Beatles records were done with a 4 track, people forget that. I had my old friend and amazing engineer George Carpenter mix it in Queensland and Joe Carra at Crystal Mastering did the master”. And while the energetic new single showcases the band’s modern take on the blues world, Backdoor Man also directly claims its namesake from an old blues term, as lead vocalist and guitarist Willie J Maxwell reveals, “Back Door Man is an old blues term, true to form, when your lover betrays your trust and sneaks in the milkman when you’re spending the day at work.”

The music video for Backdoor Man brings the boogie-inducing musical stylings of Willie J & The Bad Books perfectly to life, with the energetic clip providing a visual introduction for many to the band via their debut outing, while also capturing the high octane performance on offer from the quintet in a live setting. “Dorothy Yow & Jake Halfhyde came up with concept,” shares Rick of the accompanying music video for Backdoor Man. “We jumped on board the tram at Bighouse Arts in Coburg North and had a fun day shooting it. Will and I had to climb on the roof with our guitars for one shot which was a tad sketchy, I think we both lived out our dreams of an 80’s style guitar solo section on a roof!”. Will shares, “We wanted our first release to be an introduction to the band. It’s about showcasing our energetic selves tearing it up. We hope that the audience can feel the passion and enjoy watching the video clip as much as we enjoyed filming it.”

For all members of Willie J & The Bad Books, music has been an integral and essential part of life. Springing to life during the pandemic, Will first met future Bad Books drummer Fru Parsons while playing on Brunswick Street. Bassist Matt Forge entered the fray following a conversation with Will over starting a blues and rock band. Matt worked with Rick and resident Bad Books boogie-queen, vocalist and organist Eileen Hodgkins – and the rest, as they say, is history. Bolstered by a shared adoration for classic tunes and the organic creative process between the quintet, the official debut single from Willie J & The Bad Books has been a long time coming; but with plenty of shows on the local live circuit up their sleeves, as well as some live clips already out in the world, Willie J & The Bad Books are firing on all cylinders going into the last months of 2022 and firmly into 2023. “We’re all old souls, we want to make music reminiscent of what we love,” shares Rick of the Willie J & The Bad Books ultimate ethos. “We don’t care what genre is popular, we just want to play music that’s true to us. It feels like it’s been a long time coming and it’s super exciting to finally be releasing this single!”.

And if you’re in the mood for some bewitching grooves and searing rock, Willie J & The Bad Books have a special single launch show lined up for Friday January 6 at Nortchote Social Club, and a show ready to roll on Saturday January 28 at The Blues Train in Queenscliff, Victoria. As to

what we can expect from the upcoming shows? “A lot of boogying, toe-tapping, hips-swinging, hard hitting tunes,” Will concludes. “We bring the rock, you do the roll.”