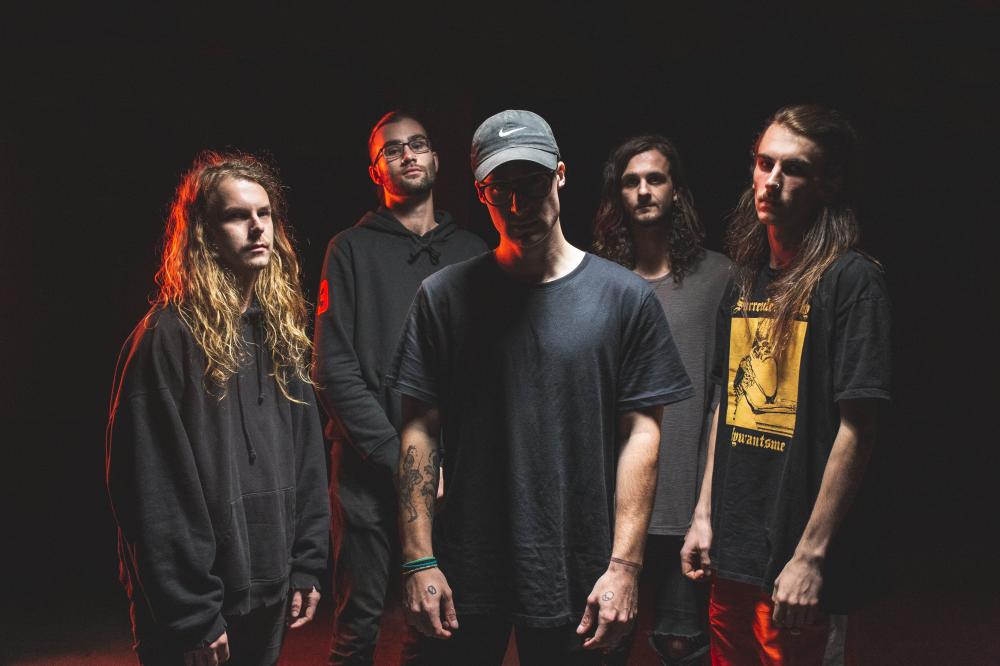 The time has come, Wither have today unveiled pure demonic hell with their massive new single, ‘Use Me’. The band have unleashed a whole new level of panic into the world with the brand new standalone follow-up to their acclaimed debut EP ‘Rot and I’. To all who thought Wither’s debut output was heavy, prepare to be buried under the weight of this all-out assault, aimed directly at social climbers.

The track has been connecting heavily with triple j presenters and listeners all week, premiering on Monday night on Home & Hosed, then getting subsequent spins on The Racket and Short. Fast. Loud. all in the same week, and then added to rotation on The Faction radio on Thursday ahead of its release today.Vocalist David De La Hoz says of the single “The longer your life is, the more people come and go from it. Some relationships we build are positively impactful, some are not. But then there are also relationships that, as they develop, feel as if they’re positively impactful but the relationship is merely a façade used to conceal an agenda. I learn more and more with each day that a lot of the people I have and will welcome into my life are users. Snakes. They will slide in under the guise of friendship, and they will drain me. Once they get what they want, they detach, and I become barely even worth a memory. Not everyone is your friend. Not everyone actually likes you like you hope they do.”

‘Use Me’ comes accompanied by an equally hellish video created and directed by Colin Jeffs (Alpha Wolf, Windwaker, Dealer) and flaunts elements of glitch and static to portray a visually dark undertone. The clip features an actual snake that David harnesses around his neck whilst spitting his rage filled lyrics through a black substance that drips from his mouth to highlight the potency of his words. See for yourself below!
To celebrate the release of this massive single, the band will be annihilating The Northcote Social Club on Friday August 23rd with a headline show, taking support from Diamond Construct, Forsaker & Vatic. Tickets are now on sale. The band are absolutely on fire – having just finished up playing support for Thy Art is Murder on their completely SOLD OUT tour.Witherʼs story started with conversations between friends in the downtime between tours and recording sessions – and the five members found time to explore their own sound together. ArtistsDavid De La Hoz (Belle Haven), Jamie Marinos, Luke Weber (Dream On Dreamer), Liam Fowler (Pridelands) and Jeremy Hughes have played alongside, recorded or produced one anotherʼs music in different projects for years – and it became clear that it was time to pull their experience together to form Wither. After releasing ʻRot and Iʼ at the end of 2018, the band wasted no time living up to their media appointed title of “Super Group” by selling out their first show at The Workers Club in Melbourne. This single launch show is SURE to follow suit – so get your tickets for the ʻUse Meʼ single launch NOW!

Wither’s uncompromising new single ‘Use Me’ is out now – available at all streaming platforms and digital stores at https://ffm.to/wither_useme.