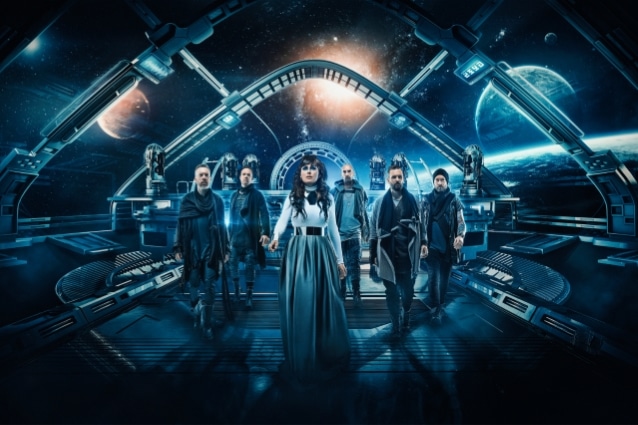 Dutch metallers WITHIN TEMPTATION have released the official video for “The Reckoning”, the first single from their forthcoming studio album, Resist. The track features a guest appearance by PAPA ROACH frontman Jacoby Shaddix.

’We’re super excited to finally share with you the music video of ‘’The Reckoning’’. We know the wait was long, but we are extremely psyched to share our new music with you and we truly hope you enjoy it as much as we do!’’ commented WITHIN TEMPTATION vocalist Sharon Den Adel

Resist is scheduled for release on 14 December 2018 viaVertigo/Caroline Australia. Resist marksa departure from the past; armed with ten anthemic tracks, driven by grand melodies and dark hooks, Resist brings a futuristic take on metal to the table – both instrumentally and thematically.

Lead singer Sharon den Adel continues: “Resist is a true milestone for us. If it wasn’t for Resist, Within Temptation wouldn’t be here anymore. With this record, we’ve taken inspiration from modern music and gave it a face – a very dark one. Sometimes it feels that today’s pop music lacks a rebellious edge.