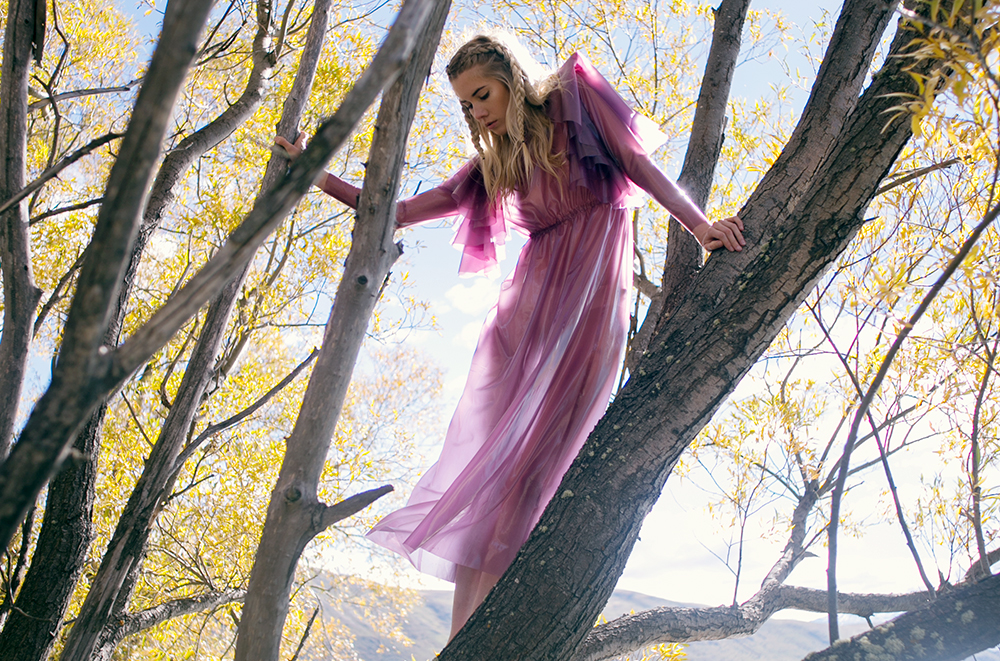 PERFORMING AT SPLENDOUR IN THE GRASS
ANNOUNCES SEPTEMBER HEADLINE TOUR

Fresh from sharing the road with City Calm Down on their national tour, today Woodes unveils her new single ‘Change My Mind’ ahead of her Splendour in the Grass debut this month and announces a national headline tour in September.

Following on from her standout 2017 which made her one of the most exciting names in Australian indie music, ‘Change My Mind’ is an angelic new cut from the acclaimed artist. The track was written at the New Zealand APRA AMCOS Songhubs recently in Auckland, alongside NZ song writers Marley Sola, Jamie McDell and Alexander Wildwood – who also co-produced the song. Hayden Jeffery, member of Woodes live band worked on additional production and Simon Lam from Klloworked across the mixing. Woodes also worked with photographer Alexandra Sophie while she was in New Zealand on the artwork, capturing the countries unique and breathtaking landscapes.

Woodes spoke about the writing process, “This year has been a lot of touring for me and my band with Asgeir, Borns & Sylvan Esso supporting my new EP. With each support I’ve been inspired to create and get back behind my laptop to work on new things. I finally found some time. New Zealand is one of my favourite places to go to escape and the first day I was there, this song came out. Mountains and epic landscapes outside the window. The first week was spent writing and the second was a break on the South Island, roaming around on the edge of bright blue lakes, climbing rocks and finding secret beaches.

I’ve been so caught up in my own bubble with touring and Change My Mind was me welcoming the idea of letting someone in to be a part of that. The production started with a sample of a beach and then the rolling live beat, played by my drummer Tim Cox. I heard harps and little pitter pats in the silences. I love that the track was made start to finish in New Zealand.”

Woodes – Change My Mind
OUT NOW

Woodes released her sophomore EPGolden Hour in early 2018 and was asked to perform for the coveted triple j Like A Version in March 2018, putting a Woodes spin on Vance Joy’s ‘Lay It On Me’.

After touring with City Calm Down, BØRNS and Asgeir – catch Woodes returning to a stage of her own on her ‘Change My Mind’ National Tour. She’ll be bringing her organic, powerfully emotive electronica to Sydney, Brisbane, Melbourne, Perth and Adelaide and performing at Splendour in the Grass in July.