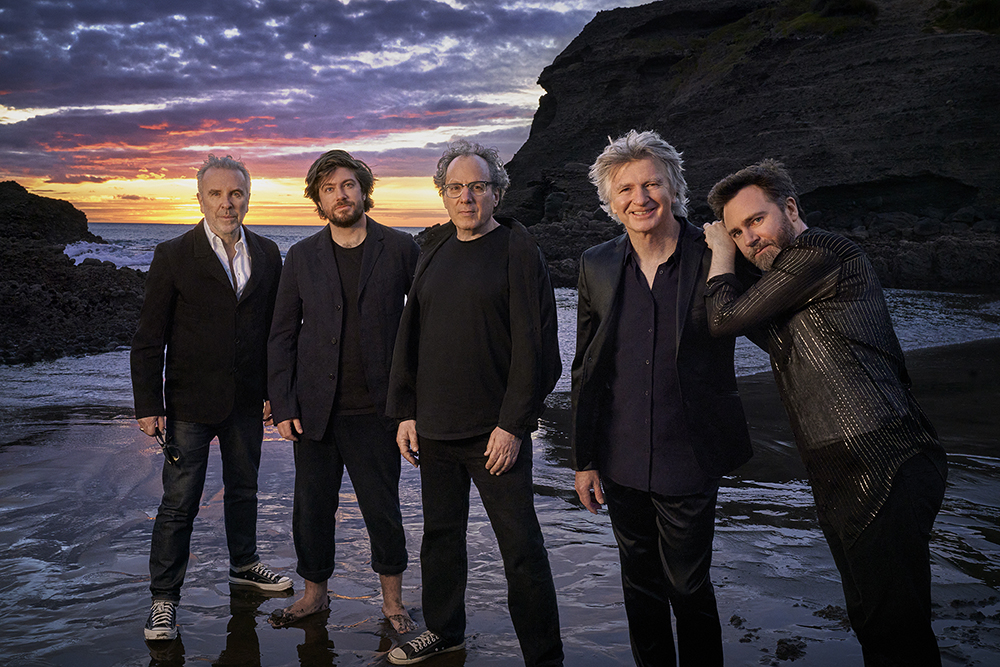 CROWDED HOUSE who, last week, picked up the 2021 ARIA Award in the Best Adult Contemporary Album category for their latest album, ‘Dreamers Are Waiting’, today announced dates for their first Australian Tour in 12 years. The tour visits Sydney, Melbourne, Adelaide, Perth, and Centennial Vineyards, Bowral, but the final date on their tour, and the ONLY SHOW NORTH OF SYDNEY, will be Easter Sunday 17th April at BLUESFEST. It sure is a Byron Bay Exclusive – and the closest show to Brisbane!This morning BLUESFEST Director Peter Noble OAM said:“CROWDED HOUSE – CROWDED HOUSE – CROWDED HOUSE!!!This is such a great announcement I have to just keep saying it – and pinching myself! I am beyond thrilled and excited to welcome Crowded House back to Bluesfest. I have great memories of them, and the sensational live performance they gave, headlining the very first Bluesfest at our Tyagarah home back in 2010. Crowded House have a trophy cabinet stacked with awards and no wonder, because not only is the Crowded House songbook jam-packed with instantly recognisable songs, but their live performances are an exercise in memorable, anthemic perfection. It’s an honour to have them return and allow us to host THE CLOSING DATE ON THEIR LONG-AWAITED AUSTRALIAN TOUR and it is a great acknowledgement of Bluesfest, as they were scheduled to be headliners on our cancelled 2020 festival.

“I promised you the greatest return of live music with Bluesfest – and I think you must agree this amazing lineup of the great Australian talent (with some very special guests from NZ) does not disappoint. It’s right up there!I have a special message for our Queensland and New South Wales Bluesfest patrons: CROWDED HOUSE’s ONLY SHOW NORTH OF SYDNEY IS AT BLUESFEST ON EASTER SUNDAY 17th APRIL.”

__________________CROWDED HOUSE Crowded House is a long-standing and much-loved vehicle for the song writing talents of Neil Finn. Formed in Melbourne Australia in 1985 out of the ashes of New Zealand’s Split Enz by Neil, Paul Hester and Nick Seymour, their eponymous self-titled debut album on Capitol Records went on to global success with the hits Don’t Dream It’s Over and Something So Strong. Those songs and many that followed are still resonating with audiences today, the former in particular being one of the most covered songs of the last 20 years. The band’s first incarnation lasted from 1985 through 1995, produced 4 studio albums and enjoyed much success worldwide, becoming particularly beloved for their freewheeling and interactive live shows. This lineup said ‘Farewell to the World’ on the steps of the Sydney Opera House in 1996 with a now legendary performance in front of 150,000 people.

In 2005 following the tragic death of Paul Hester, Neil and Nick felt emotionally compelled to bring Crowded House back, to put some more good history, as they described it, into the story of the band.  Drafting in new drummer Matt Sherrod and with long time touring member Mark Hart they released the album “Time On Earth” to critical acclaim and toured the world. Another album, ‘Intriguer”, was recorded in 2009 and Crowded House was inducted into the ARIA Hall of Fame in 2016, at the same time reprising its Farewell shows at the Sydney Opera House with 4 nights of stunning performances, the last of which was broadcast nationally on ABC-TV.

‘Dreamers Are Waiting’ heralds a further chapter in the Crowded House story. A new generation has grown up and connected with their songs and will now get to experience the band live as they perform legendary anthems from the band’s 35-year career, along with fresh new music.

__________________For those who already have their tickets to the event, Bluesfest have made single-day add-on tickets available. For everyone else, 5-Day season, 3-day, and single-day tickets are all ON SALE NOW! Visit www.bluesfest.com.au for the full lineup, festival information, tickets and more!

Bluesfest will take place over 5 days from Thursday 14th April to Monday 18th April 2022 at the Byron Events Farm, Tyagarah, NSW, AUSTRALIA. All ticket options plus camping, parking and VIP are on sale now via the Bluesfest website.

Next post News: The Teskey Brothers Release A Cover Of Archie Roach’s ‘Get Back To The Land (feat. Emma Donovan)’