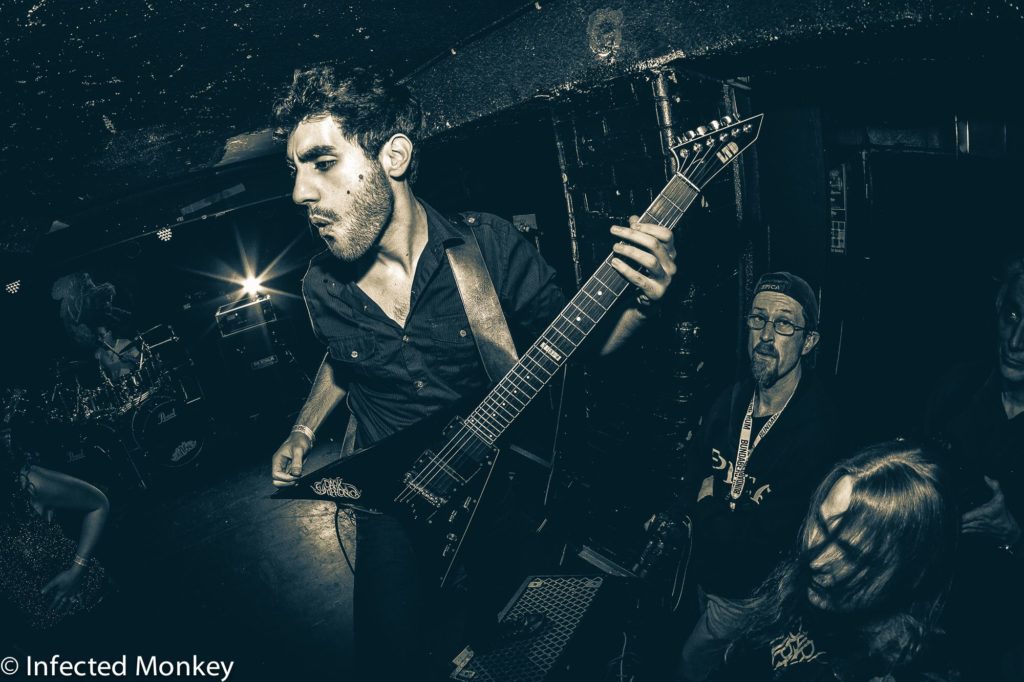 Featuring progressive bands of all styles and genres, from prog, post, psychedelic, art rock, metal and everything in between, PROGFEST is about showcasing bands that think for themselves; bands who rather than following the latest trends, have decided to challenge themselves musically and create music with depth and vision.  Before Progfest kicks off we caught up with Raouf  of the band Seraphic.to talk guitars.
Hey there! I’m Raouf, the rhythm guitarist for symphonic/melodic Brisbane metal band Seraphic. The signature sound of our music is defined by the use of the piano as a lead instrument, featuring throughout the entire length of our songs. We released our debut album ‘Journey to Illumination’ in 2017, and a single ”The Monster Within’ in late 2018 with our debut music video with album two on the way later this year . We’re very much looking forward to sharing our music with some new faces at this year’s Progfest.

This LTD V-500 is definitely the most sentimental guitar I own. It was my first “proper” guitar after I started learning how to play. It has been with me through the album recording of my first band Dark Symphonica, through to many gigs over the years. It’s my go to for a heavier metal guitar tone and its slim neck profile makes it a dream rhythm guitar to play.

An absolutely majestic shredder! While his technique and speed is incredible, I actually am most impressed by his composition of melodies, and catchy rhythm guitar riffs. He’s produced countless classics from his time in Nevermore, and throughout his solo career. I absolutely love how relentless and expressive his playing is and has proved to be more than a one trick pony.

One of my first major guitar influences was Marty Friedman. His vibrato and bending technique gives his playing a unique voice that is enviable. Melody is always first with Friedman, and he’s greatly influenced my approach to lead playing.