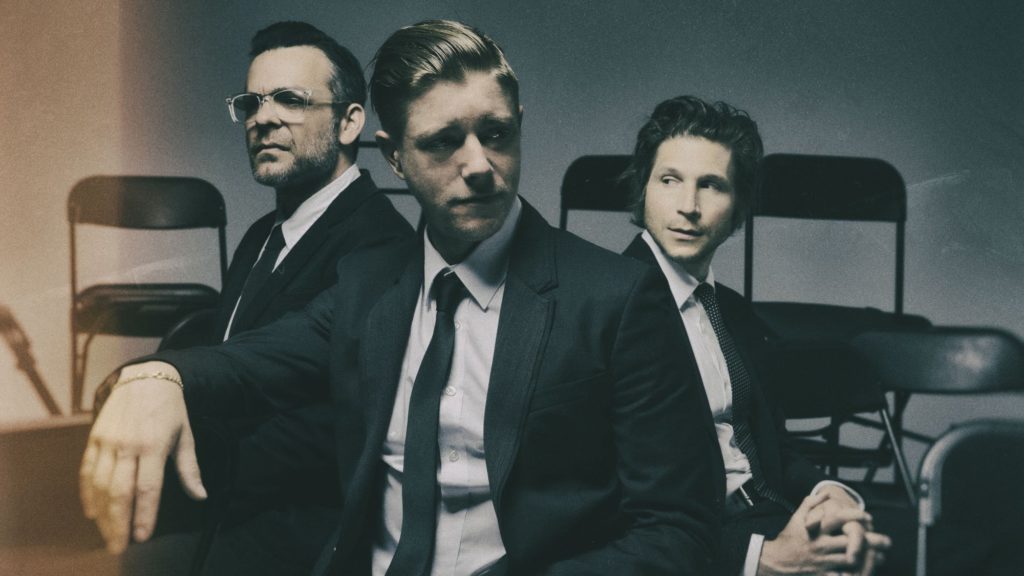 New York rockers, Interpol brought their Falls Festival set for one night at the Palais Theatre on the 4th of January 2019.

Blue lights filled the stage as a single guitar sounded as the band walked on stage. The crowd cheered for only a brief moment before they fell silent, hypnotised by the strobe lights reflecting from three disco balls that were placed on each side of the stage and one hanging from the roof.

The Second track that was played, ‘C’mere’ continued to keep the audience in a trance. The band were the most relaxed, playing song after song as they have time and time before. It was no wonder they could easily reel the audience in, after realising that everyone in the room were their number one fans. Any extra engagement with the crowd was clearly not necessary as everyone was mesmerised purely from the music.

Without any effort needed, the audience continuously clapped along to any instrumental part within seconds of the cue from front man, Paul. About half way through the set after ‘NYC’ and ‘Leif Erikson’ complete silence hit the room. Paul introduced the entire band which was followed by many screams of “I love you” echoing from the crowd.

You couldn’t deny you were anywhere else but seeing Interpol, while hearing the distinct Interpol sound in every solo guitar break there was.

It wasn’t until the encore where the crowd really got up and got involved in the show. Jumping up and down to classics such as ‘Evil’ and ‘Obstacle 1’. The crowd was broken from their trance and were free to get up and dance.

The bottom level of the Palais turned into a mosh, while the top stalls were all standing and enjoying the last few moments of Interpol’s time here in Australia.

With a crowd so dedicated to Interpol, it is no wonder they had to fit in a couple side show