The highs and lows of fandom – Cut Off You Hands, ‘HLLH’ album review 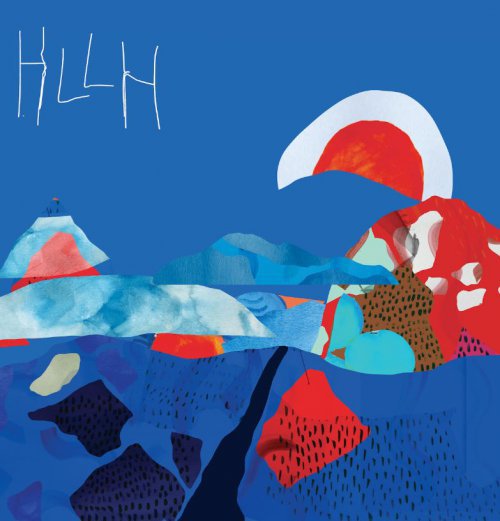 I love Cut Off Your Hands. Like really love them. I remember seeing the Kiwi 4 piece at Falls fest in the tent stage in an afternoon set and losing my mind. No need for stimulants, these guys dished out energy by the bucket load. I can still remember the first time I heard their song Still Fond. I was on a train platform on my way to uni and nearly leaped off the platform! It was like a firework was set off in my shitty earbuds, exploding and propelling me forward and upward. That bass line was like being swept up by a speeding car. Amazing. Not only could they nail the high octane indie hits but when they released their debut album, You & I the opening song Happy As Can Be was an unexpected step forward in pop mastery. Taking cues from Brian Wilson, introducing orchestral elements into their jangly indie guitars and giving the song an anthemic grandeur. It was like Dorothy walking into colour for the first time, and as you can probably guess, I lost my mind when I first heard it. Cut Off Your Hands were telling everyone they were not just some little pop hit makers. I played it at an indie dance night called Fashion Keyboards a few weeks later and a few fans close to the DJ booth seemed to be as in love with the song as I was and as soon as they heard the opening orchestral burst they giddily jumped up and down shaking each other by both hands.

I was excited for their second album, Hollow, and when it arrived so did a new era for the band. They had a new guitarist and with him a new vibe for the band. Now, losing the guitarist is never easy in bands, let alone in bands with only one of them. Losing the person who plays the main melodic instrument is a change that can sometimes make or break a band. And I feel like in this case it broke the band. The change in style brought with the new guitarist was perhaps a bridge too far for fans to adjust to. It certainly was for me. The new sound and new singles lost all the frenetic indie dancefloor energy in favour of a more mid tempo Smiths kind of vibe. Nothing wrong with that, but the songs lacked some of that instant gratification. Sure, that high BPM indie pop was always going to have a limited shelf life, and props to the band for not beating a dead horse, but I think there was probably another album worth of frenetic pop in them before that indie bubble burst. Listening back to Hollow now, it’s not nearly as bad as I remember. In fact it’s a fine album! I think perhaps the first single, You Should Do Better was just a bit of a slow burner and really that’s gonna be an uphill battle to introduce a new album with. At the time, I don’t remember the singles getting much airplay in Aus and I don’t think they even came back to tour here. Or if they did it was for a short East Coast tour. And from there the band disappeared into the ether. Probably not getting much airtime outside of me playing them on the occasional throwback indie dance nights.

That was until 2016. A whole FIVE years after the second album was released.

A random single turned up on Spotify. If there was a press release for it, I certainly didn’t get it. No one I knew had any news on the band or this new song. But it was good. Hate Sombody, coming in the tail end of 2016 sounded like the second album we never got. It sounded like the natural progression of where the band should have headed after the frenetic guitar heavy first album. It sounds like the band infused with Hot Chip or LCD Soundsystem. Plenty of 80s new wave, with Talking Heads and Orange Juice vibes throughout. It was fun, it was dancey and it was Cut Off Your Hands back from the dead! I was excited. Early 2017, hot on the heels of Hate somebody, came Higher Lows and Lower Highs. Even better than the first single and for a minute I got excited for a return of Cut Off Your Hands.

They released another single, On The Sea, a full year later in 2018, but it had flown under my radar and I missed it entirely. But suffice to say, the last few years I kept thinking of those two songs and wondered where the band was. What were they doing? Were more songs coming? Was the band reforming? What was going on!?

Then out of the blue, just a few weeks ago, a new album dropped! HLLH. I literally shrieked with joy as I saw the notification pop up on Spotify that night. They had also released another single ahead of it this year, which I again missed but once I heard along with the rest of the album, was blown away. That final single, Blue Smoke Draft was an incredible step forward for the band. Sounding like they’d been listening to plenty of Radiohead, they were able to capture dark synths and dark lyrics into a very cruisy dance song. It would sit along with anything Metronomy do. And with lead singer Nick Johnson softly crooning “Sound of the silence, all these things we left unsaid” over the gentle electro drum beat and synths bass lines, it’s a hauntingly beautiful and highly enjoyable listen. Imagine dancing to it quietly in your room alone with your eyes closed with a cheap USB disco light filling the room with colour.

Other tracks on the album follow this new electro pop vibe. Live For Each Other and On The Sea are great next to Hate Somebody and Higher Lows and Lower Highs. Lots of percussion and just generally great songs to dance to. Oddly it’s almost the sound of peak 2000s indie era but also totally fresh. And I’m totally in love with it.

If I had any criticisms it is that the album is only really 5 songs. Oh there’s 9 listed (which is a short album to begin with), but let me explain further. The song Lows, and L4EO are really intros to the songs that come after them on the album, Higher Lows and Lower Highs and Live For Each Other respectively. Don’t get me wrong, I love how they enhance the dancey vibe of the album, like they’re long 12 inch disco mixes, but that cuts the album down to 7 songs for me. Img_030 is really just some instrumental noodling for a couple of minutes, really just sounding like the band left the tape running while they were getting ready and decided to keep it. Then the last song, nine and a half minutes long (!) is a bit like Revolution Number 9 on The Beatles White album. Nice that the band made it, but not worth more than one listen. It’s mostly white noise with a bit of melodic journey to it. Only fans of old-school shoegaze will be able to tolerate it. So after that we only have 5 real songs. Though they are absolute gems and worth every second of your time and a place on your new music playlists.

Perhaps the slightly hodge-podge put together album is because they just aren’t operating as a proper band anymore. Maybe they’re just writing sporadically and felt like they just wanted to get something out for their own enjoyment rather than for any record label’s demands. And maybe this is all they had ready to go and didn’t really care. I had to find out though. After some digging I found out the sad news. That this is to be the last we’ll ever hear of Cut Off Your Hands. (Cue tears emoji). The last ever shows played in their home of NZ have just come and gone. The members all have new lives, new careers and they‘re all moving on. Nick is now an architect and says he’s working on solo material. Fingers crossed that has some of the same power that Cut Off Your Hands had. It’s bitter sweet, hearing this news. I was half hoping more was going to be on the way, but at least we got thes last few gems from the band to say goodbye. To blow a kiss and wave a handkerchief as the steam train slowly rolls away from the platform. Life goes on and the world keeps spinning. You don’t always get a chance to say goodbye. As a band or as a fan. So I’m sure the band feel really great that they were able to.

I’m glad we have some great new material after all these years. Perhaps they’re not reinventing the wheel, or breaking new ground, but it’s still very worthy of your ears and sometimes you just want music that hits all those pop buttons from bands who you loved. It’s not often that bands you worshiped, long dead and buried, suddenly come back to life. And certainly it seems like a bit of time and perspective have given the band the energy to create some great new music and gift it to us few fans still out there and I wholeheartedly thank them for it. Too many bands are lost and never heard from again. Albums abandoned. Demos never recorded. I’m sure plenty of bands feel like will anyone care anymore? Is it worth the effort to make more music that isn’t going to blow the top 40 charts? Well if they were asking me, the answer is very much yes.