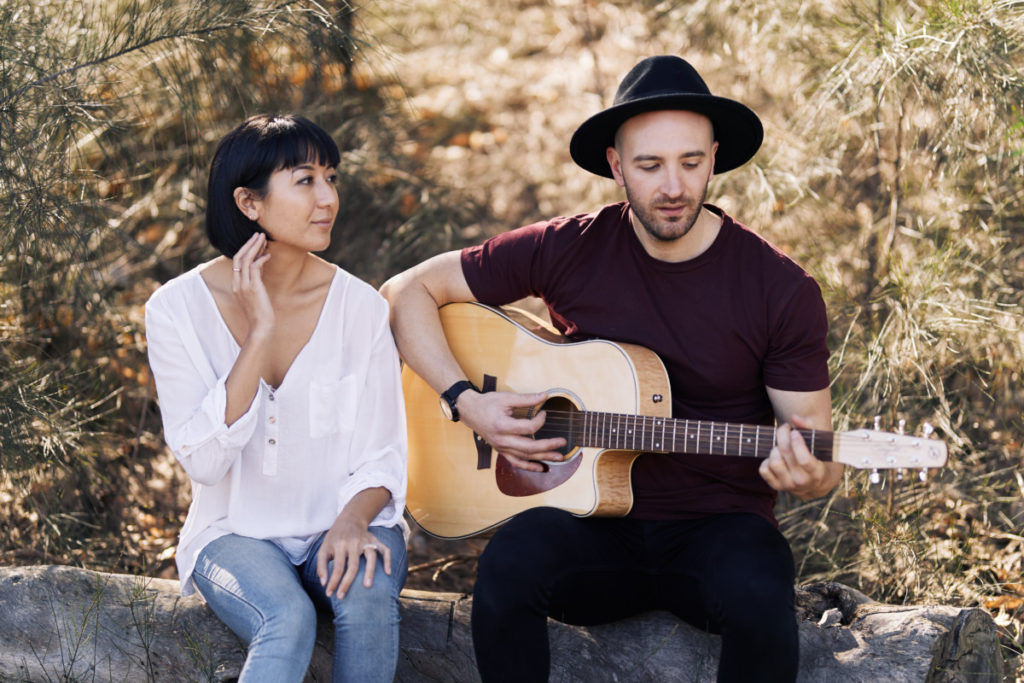 New to the scene, Sydney duo Darling are your latest obsession. Together they make acoustic love songs and get you right in the feels. Darling began writing songs together after Seryna Jane saw Rudy Bilani busking in Sydney. Bilani brought the song to Seryna to help craft ‘Until It Hurts’ into their first single, accompanied by stunning visuals. She added her own poetic touches to the lyrics, as well as her talent for composing stunning harmonies.

We ask Darling who their favourite music duos are below.

This brother and sister duo’s raw emotional lyrics and style are mesmerising, and the way they blend their voices creates a distinct sound that is like no one else in the industry. They’ve managed to bring indie folk to the mainstream and relate to a wide audience, which is a feat we hope to accomplish with our own music. Timeless lyrics and melodies are one of our aims, and these guys give us plenty of ideas for our own musical creativity.

Their exquisite harmonies and beautiful (and somewhat dark) messages conveyed in their songs are so deep and thought-provoking that it’s almost impossible to listen without repeating. We love the contrast in their voices and the way they can take an upbeat song and strip it back to suit their style. Their cover of Billie Jean remains a favourite of ours.

Their fun attitude and creative approach to song writing is contagious. They make music look so fun, and the way they marketed themselves on social media platforms such as YouTube over the years is admirable. We love the way they take time out for writing retreats to free their mind and focus solely on writing new music, and this is certainly an idea that has inspired us. They are young and enthusiastic (just as we like to think we are).

Paul Simon and Art Garfunkel came together to be greater than the sum of their parts. Even as their relationship became tumultuous, they were dedicated to their craft and even made their most successful studio album after reuniting following a break up. In addition to writing beautiful melodies and singing haunting harmonies, their poetic lyrics deeply influenced an entire generation and continue to impact people today.

Walter Becker and Donald Fagen brought a dedication to perfectionism to all the music they crafted as Steely Dan. Their clever, biting lyrics managed to bring humour and satire to some intense subject matters. They also infused their pop music with a jazz sensibility that made their work stand out from their peers in the 1970s, and their technical abilities as musicians are a master class for any aspiring songwriters.

Darling’s debut EP ‘The Rise’ is slated for release in November this year. Their Ep launch will be
held on Saturday 24th November, 6pm doors, music start at 7pm at Gasoline Pony 115 Marrickville
Rd, Marrickville.