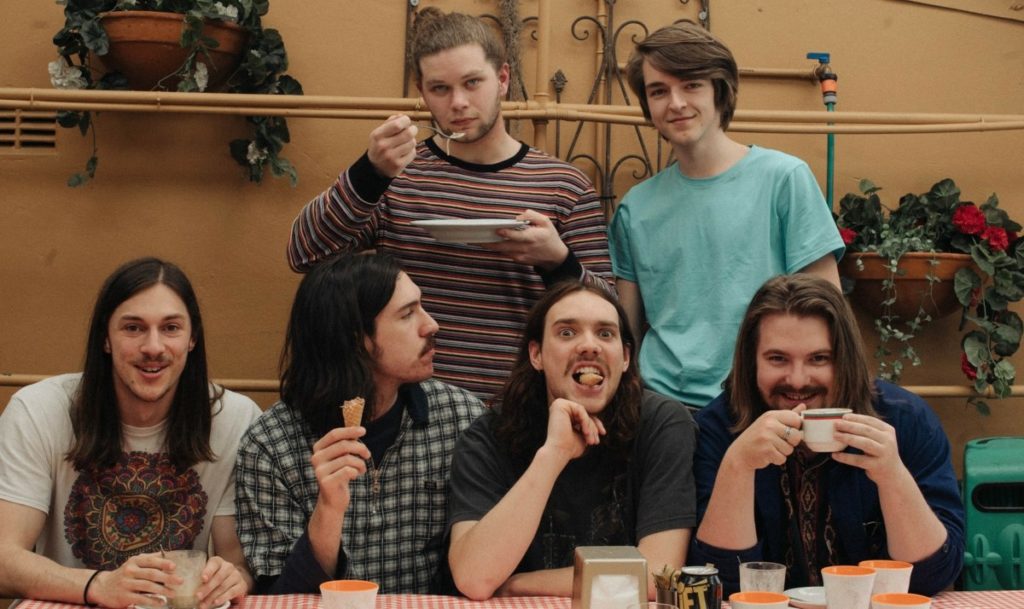 The Papaya Horn Section Zac Olsen: I’m the saxophone player in the Papaya Horns alongside Jordy. I play as a session saxophonist around Sydney but also play many other instruments in different projects suchas synths/keyboards, vocals, guitar, etc. I’m a huge fan of any music which is unique, has very distinct sounds and is unlike anything I’ve heard before.

Jordan Tulinksy: I play the little saxophone or the trumpet in the Papaya Horns. I play around Sydney as a session trumpet player and I study jazz at the Sydney Conservatorium alongside Zac. The music that gets me going are very well thought out and groovy horn lines from the likes of bands like Chicago and early Michael Jackson (Off the Wall). I also have a huge crush on hip hop/soul and other styles akin to that.

Jordy: Steely Dan – The Caves of Altamira: Part of what I love about the horn work in this song is that there isn’t actually a huge amount of it. Aside from some belting high notes in the opening, they stay completely out of the way for the verses and most of the chorus. When they do come in however, what they play is beautifully constructed and meaningful. Each chorus ends with head spinning sax hits, before the trumpets come back and smack out those high notes we heard at the start. However, the true genius of this track, lies in the bridge/outro. Here the Horns play a new hook, based off melody to the opening lyrical phrase of the first verse “I recall when I was small// How I spent my days alone,” which is an amazing example of song writing.

Chicago – Street Player This epic dance odyssey represented the start of a new era for the Chicago, their final statement before deep diving into the 80’s. The tune has all the elements of brass writing/playing that make Chicago so lovable. Super long phrases (akin to those you might hear in a big band jazz setting) that take you on a journey, but not at the expense of hard hitting, shorter hooks. The beauty of Street player is that while keeping these authentic Chicago brass elements, it’s a straight up Disco Banger! The groove is infectious and difficult not to dance to, while the horn artistry, particularly that of Trumpet Player Lee Loughnane leaves your ears steaming and wanting more.

Zac: King Krule – A Lizard State: Many of the boys in Papaya are huge fans of the ginger genius that is King Krule. I alwaysfind myself revisiting his self-titled debut album and the angsty, English punk and grime induced ska undertones of his track Lizard State. This track has so much depth, it gets the testosterone flowing through its wailing sax lines and its sharp and jagged instrumentation but is lyrically so vulnerable and visceral. King Krule’s musical aesthetic and uniqueness has changed the way I go about instrumental writing. It puts me in the frame of mind of servicing the emotional intent of a song, whether it be through timbre, harmony, rhythm or just playing something out of pure emotional response to a musical stimulus such as the lyrics.

Fela Kuti – Water No Get Enemy My first introduction to Fela Kuti was through writing an essay about one of my heroes King Krule, who stated him as an influence. The first song I put on was Water No Get Enemy and I instantly screwed up my face in delight. There’s just something magical about African drumming and a fierce horn section. Trumpet and baritone sax are the perfect brass duo, as the phat low end and the parallel octaves create so much sonic depth. The main riff develops perfectly, is super catchy and just makes you want to dance your ass off. Whilst the song is a whopping 10-minute jam over three chords, they manage to make it interesting the whole way through, which deserves some serious respect.

Jordy and Zac: Baldwins – Goldbrick One of the most criminally underrated bands in Sydney at the moment. Made up of some seriously talented musicians we have the pleasure of knowing, their track Goldbrick has an insane groove coupled together with powerful vocals from their singer Courtney and an amazing horn hook. This tune funnily enough helped inspire the horn line to our single Radar, through its descending laid-back cadence which changes ever so slightly to keep the track chugging forward. Everything from this track is perfect, the hip hop/neo soul/jazz undertones, the chord progressions, the attention to detail of the timbre of the vocal melodies and of course the brain melting trombone solo from our boy Tim Coggins.