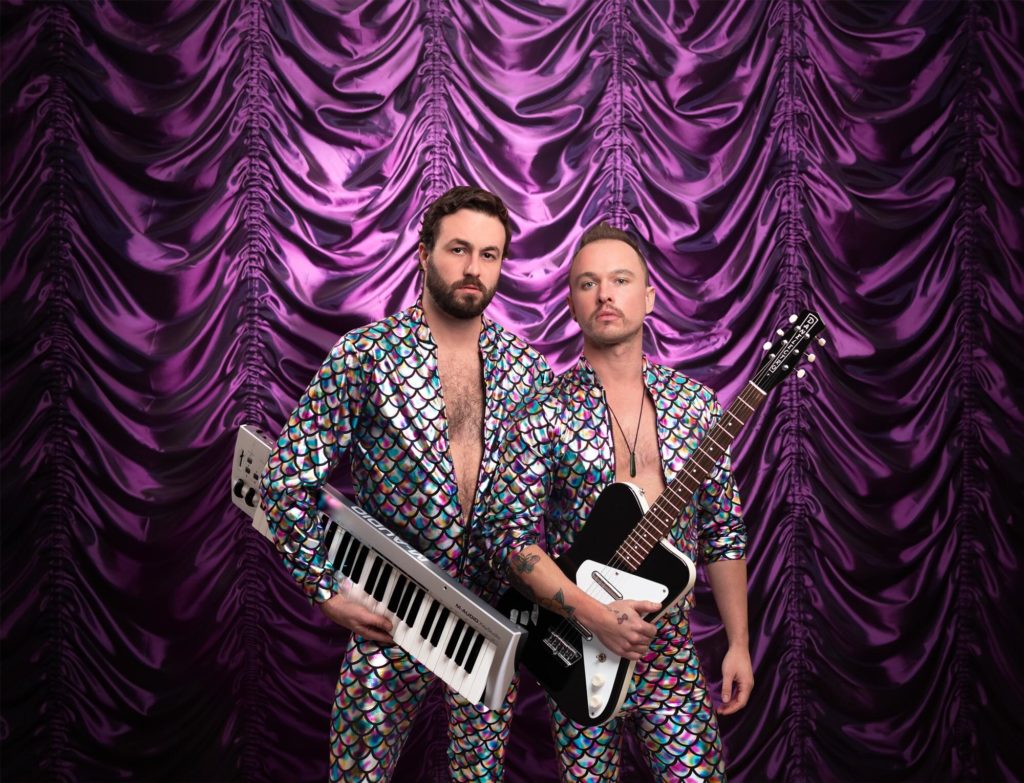 The Marion Cranes are a gay pop duo which started in 2017 by two housemates Dane Yule and Glen Prins. They released their self-produced EP ‘Sexy Motivation’ in 2017 which instantly garnered radio play and a wave of support from taste-makers across the globe.

Five Favorite tunes from horror films by The Marion Cranes

How do I deal

I Still know What You Did Last Summer

Although not as good as her track Bare-naked (which is in our DJ set), ISKWYDLS speaks to a time in our lives when our pubescent weekend nights were spent watching people get nailed with fish hooks. JLo Hew actually has a decent set of pipes, and it’s typically 90’s ‘contrite for the sake of it’ lyrics makes this a sensational sing-a-long. A great follow up to a smashing tween pop career in Japan.

This is probably the best musical that was ever made. Except not towards the end, where it gets a bit boring. But this track is amazing. There’s something about the brass that makes me want to wiggle my tight little ass.

Walk Through The Fire

What is life after death? If you ever wanted to know how it feels to die 3 times, perpetually stuck trying to save the world – this is the song for you. Very relatable. Lots of us hate our day jobs, it seems the Slayer is only human in this respect. Watching Buffy truly stop caring is such a scary thought. Not really a song you’d hear at The Bronze but it must’ve been nice to take some time for reflection before diving back into the hellmouth. We should try and be more like Buffy.

How soon is now

Love Spit Love is a band that we’ve never heard of except for one song. I think this song was iconic when it was by The Smiths but I think it’s more iconic in it’s femme horror one-hit-wonder form. We’ll give this one extra points for it’s ties to females kicking ass.

And also… Charmed. The power of three will set us free. What a great theme song.

Back to the 80’s! NOES3 is my fave horror film ever. The only one where they got the horror/humour balance right – and the last time Freddy was truly scary. A welcome acting debut from Patricia Arquette, some great VFX and a hair metal theme song – this is a real belter! FYI there was a Will Smith one from NOES4 to check out if you’re interested:

The duo will be releasing an accompanied video for ‘Wondering’ early next year and
collaborating with Princess Superstar on their next single.

Spread the loveAs a coming of age with a freshly developed sound and approach to his music, Fletcher Pilon of...

Spread the loveIntroducing: whenyoung! They’re an indie-pop outfit out of the UK, comprised of Aoife Power (Vocals/Bass), Nial Burns (Guitar),...

Spread the love    Off the back of their hugely successful album tour for ‘It Comes and Goes’, Dream on Dreamer are setting their...