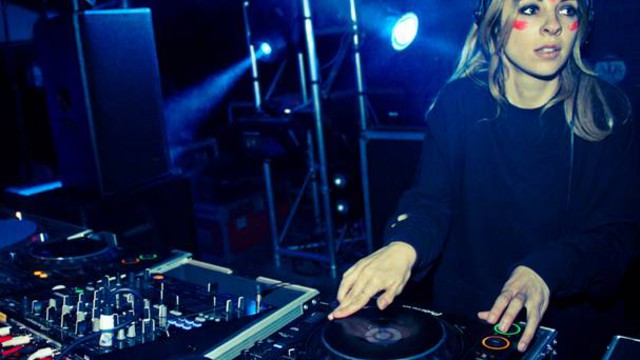 Walking into the venue, one couldn’t help but notice the different walks of life that had come to see the Australian DJ play, further cementing that music can touch all different kinds of people and how beautiful that connection really is. Coming off the back of her sophomore record “Awake” and some killer shows in the US including a set at EDC Orlando, Alison Wonderland  was back in her home country and  ready to blow the crowds minds.

The room was buzzing with conversation and excitement, with everyone eagerly awaiting the first act of the night, Sydney duo Hi Life were there to get things heated up, albeit with some chilled-out tunes, mixes of their own music mashed in with and remixed hits, bringing JANEVA to the stage for an appearance.  Whilst Hi Life are relatively new to the scene, informing the crowd that the nights show was the third time they had ever performed on stage, they are certainly one to look out for within the EDM scene.

The first artist on the bill is MANU CROOKS, with striking visuals and incredible stage presence, Crooks brought an eclectic mix with “Day Ones”, “Best Years” and “Fuego” being just a few songs up this rappers’ sleeve. Taking things up a notch it was a delight to see Crooks dive into the crowd and hype the crowd up to a frenzied- like state.

Wonderland’s iconic pentagram bursts into flames on the screen behind the desk and the crowd erupts into a cacophony of exploding cheers and whistles, the moment everyone has been waiting for has arrived and the excitement is palatable.

Opening with the first track on her record “Good Enough” her musical prowess is on display as she plays the cello to the track.  From start to finish the crowd is a sea of writhing bodies that sway rhythmically to the music for the entire hour and a half, the floor pulsating to her dirty beats and heavy drops. She makes it seem effortless as she engages the crowd, ramping up the show with her intoxicating presence. The dedication to perfection is very clear with Alison Wonderland and it is easy to see how she has accumulated such a solid fan base over the last few years.

Wonderland brings together some of the most unlikely people and allows them to have a space where the troubles of the day are left at the door and replaced by a few solid hours of dancing to the music in unabashed joy, and it is a delight to witness.