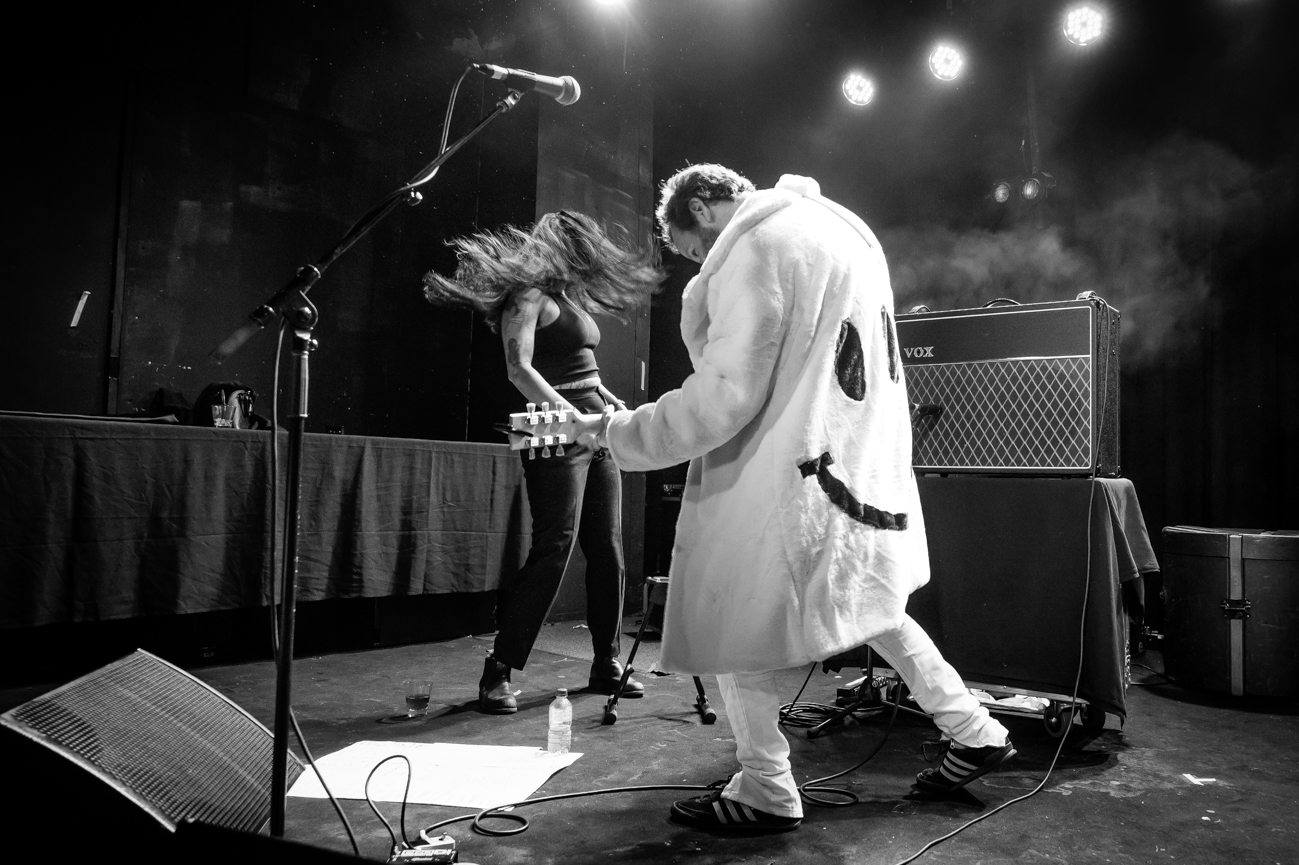 The air is chilly outside, but the reception is warm in Melbourne for Australia’s favorite son, Ben Lee. Having been absent from stages for too long, thanks to the virus that shall not be named, Lee is back.

Having been the unofficial voice of the pandemic with his hits- Catch my Disease and All in this together, Ben Lee is finally back in Melbourne, with a brand new single and album and to punctuate his ‘I’m FUN ‘ single he arrives on stage wearing a giant yellow fur jacket with a smiley face on the back.

Anytime Ben Lee hits the stage, there is a casual fun energy to his shows, like you’re here to see an old friend- one that happens to sing really well. There is banter, laughter, a little improv and new friendships are made for the night.

With an array of s0ngs performed from his illustrious career, Gamble Everything for Love, Love me like the World is Ending and the song that started it all Cigarettes will kill you,  the crowd are mesmerized and sing along to every single note.

There is something refreshing about a person who can laugh at themselves Ben covers a series of anti-Ben Lee songs, including Ben Lee by Klinger and also aptly named Ben Lee, by The Ataris it’s a tongue in cheek moment which the audience seem to really love.  An unexpected heckler yells out from the crowd though seemingly annoyed Ben has forgotten a hate song.. The confused crowd looks around to find The Chaser’s Andrew Hansen making his way to the stage to perform his very own Ben Lee hate song- and what an absolute cracker of a song it is, the audience are in gales of laughter the entire time.

The Espy is packed to the rafters with fans from all demographics, young and old sing and dance along together and this evenings show has united post-pandemic Melbourne in joy.  With Melbourne being the music capital of the world, tonight’s show is like an Oasis in a very dry and long desert; fans here to drink in each moment and replenish what has been a l0ng dry spell.