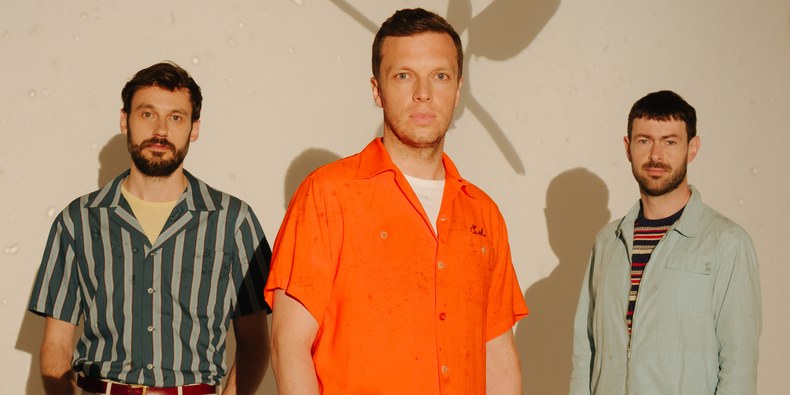 It been seven years since indie-rock/pop Friendly Fires have released a studio album and six years since setting foot on Australian shores , they had returned & the buzz from the crowd, slowly filling up the room, was electric.

Beginning the night on a high note, Ballarat based 5-piece Gold Fields ensemble brought their eclectic, rock/pop sound & filled the room with ease. Playing songs from their new EP “Dalawa “, Gold Fields bought tp the room the energy that was to open the flood gates for the main act and was greatly appreciated by the room, that had now filled, with handfuls of show-goers dancing along to the beautifully crafted sounds.

A definite highlight being dance- fuelled “Waves”, sending the front man into his own little world whilst he dancing around the stage. A perfect support act, lighting the fire that was going escalate in a frenzy of excitement.

The lights dim and the the band walked onto stage to on an onset of cheers and clapping and the night exploded almost instantly with “Lovesick” up first.   Kicking goal after goal with a slew of hits “Jump In The Pool”, “Can’t Wait Forever”, “Skeleton Boy” & “In The Hospital”. Mixes of conga drums, trumpets & two sets of drums floated through the air. Ed  Macfarlane not stopping once to catch his breath as his dancing took centre stage, hips gyrating, arms a blur of movement, truly a sight to be seen and an understandably legendary accompaniment to the bands sound.

Following on with newly released tracks “Lack of Love”& “Silhouettes”, then slinging a few more well-loved they managed to sneak in an unreleased track “Offline”, to which Ed Macfarlane mused to the crowd that they had online played this track twice live.

The band brought the show to a stop with “Hurting” & “Paris”  Leaving the stage for only a minute and being openly welcomed again with roars from the crowd, not ready to stop dancing, Macfarlane thanked the room for sharing the night with them, showing his clear appreciation for the ones that have stuck by the group in their silence since 2011’s Pala.

Ending the already beautiful & bright night with “Hawaiian Air” & the song that the entire crowd had been seemingly waiting for “Kiss Of Life”, a feel good track that had the crowd singing louder than MacFarlane himself (who had seemingly started to lose his voice from the pure amount of energy that he had poured into the set) . Ending the show on a brilliant high-note MacFarlane mentions the release date for the groups upcoming album “Inflorescent” due on August 16th & “this was way better than we could have imagined ”, it was wonderful to feel the mutual appreciation between fans & band.

The fire that had once felt like it could have burned the place down continued onto the streets as chatter about the show could be heard everywhere. A truly magically night with a lot of beautiful memories to hang in the night air.