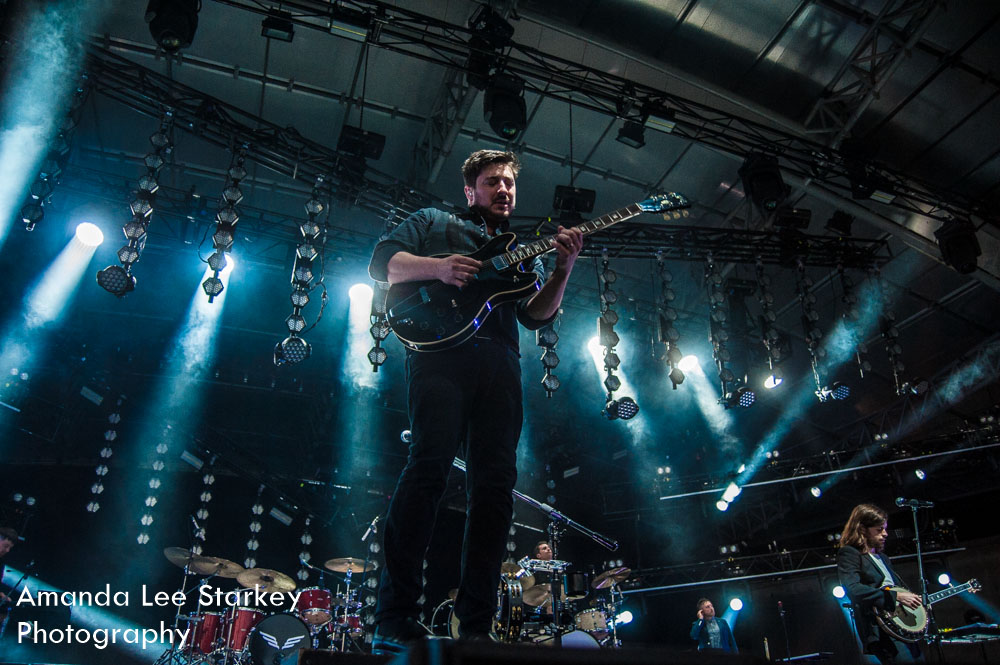 The skies and weather must have been smiling down on Sidney Myer Music Bowl for Mumford and Sons second show of the week in Melbourne. Coming off the back of the bands 2017 release, “Delta” It couldn’t have been a more perfect night for a show like this.

Breathing some gorgeous melodies first up was the ethereal Gretta Ray, showcasing some real talent with her attention-grabbing vocals. A beautiful start to the night. Next up came Michael Kiwanuka with his crooning soul sound and heart-wrenching guitar riffs. A very humble man, who was very vocal about how thankful he was to be supporting Mumford and Sons, he was a wonderful addition to the line-up. The set highlight for Kiwanuka was definitely “Black Man In A White World”, a toe-tapping easy to move to track. As the sun set over the venue, the stage was set for the main act to begin their set and the crowd began voicing the eagerness for the band to appear. To a lot of peoples surprise though, they walked out past the crowd and on top of the entrance to the toilet block, using this as the B-stage. The crowd on the grass letting out a deafening roar and “Sigh No More” started, followed closely by fan favourite and arguably the groups most famous track “Little Lion Man” It certainly would not be shocking if the entire arena across the road heard the crowd singing that night. Running back to the main stage now and the group tore through songs new and older, focusing primarily on newer tracks from 2017’s release “Delta” A beautiful and bright selection of pyrotechnics to go along with these songs were something to behold. Re-introducing Gretta Ray back on stage, both singers gave a beautiful rendition of “Forever” Watching singer Marcus Mumford running around and interacting with the crowd during “Ditmas” was a the highlight of the night. The crowd interaction that a lot of artists severely lack when performing.

Hurriedly moving back to B-stage, and almost tripping over the barrier, the next three songs were performed with each member of the group standing around one microphone. After getting the crowd to be quiet for “Timshel” and “Cold Arms”, Mumford began “Awake My Soul” with the other members of the band, only to encourage everyone to sing along. It’s a beautiful things to witness and hear when an entire crowd is singing together with such passion This moment bringing gigantic smiles to groups faces. Back on the mainstage again and the shows cover, Bruce Springsteen’s “I’m On Fire”. Mumford bringing Michael Kiwanuka back on stage to sing a long side. Bringing the night to a foot close with a few more fan favourites “The Cave” and “I Will Wait”. The title track of the groups recent album “Delta” was last and the night was drawn to an end. Sadly, the only critic of the night was the lack in diversity in the setlist. There are definitely a lot of songs in the groups catalogue that would have had more of an impact Nevertheless, Mumford and Sons really did prove that they will always bring one hell of a show, no matter where they are in the world.