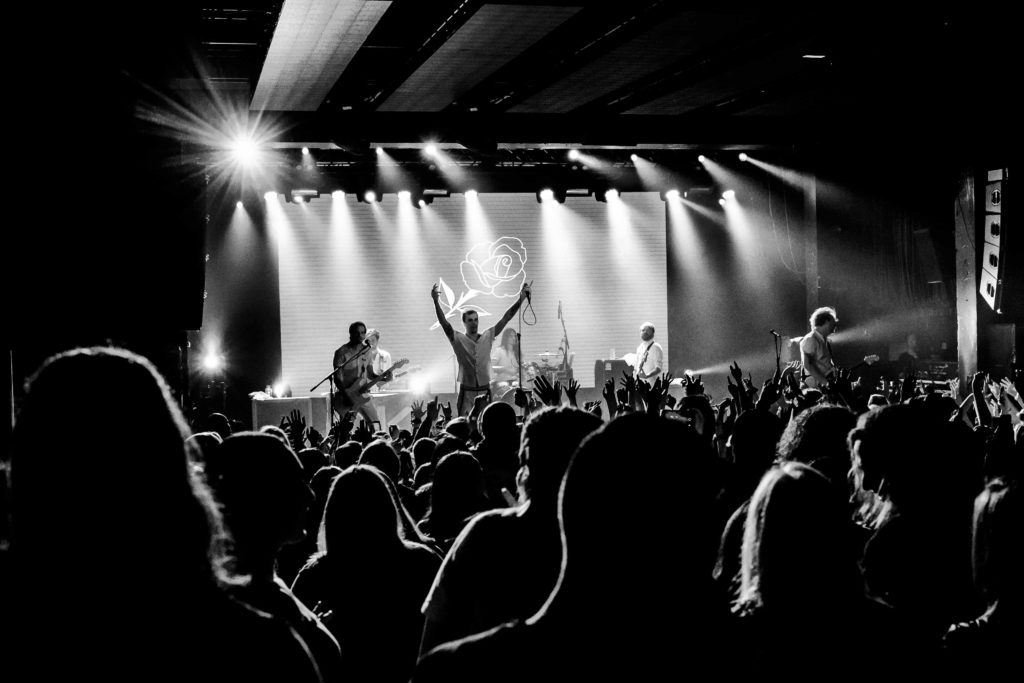 The Maine celebrated their 7th Studio Album, ‘You Are Ok,’ by gracing the crowd of Melbourne’s beloved 170 Russell on Sunday evening in all white attire channelling boy-band vibes in all the right ways.

As the interval music lowered and the multi-coloured lights gleamed into the eyes of the front row crowd-goers, the venue went quiet in anticipation for our favourite boys from Phoenix, Arizona to take us on a musical journey. As the ‘You Are Ok,’ backdrop appeared on the screen in the background, screams of excitement filled the room. The band entered and immediately captured the crowd’s attention with ‘Slip The Noose,’ and ‘Numb Without You’ setting the tone for the show; high-energy, personal and serving a reminder to us all, why they made it into the charts. ‘Am I Pretty,’ a pop lover’s dream, had fans off their feet dancing, jumping and smiling from ear-to-ear.

Front man John O’Callaghan focussed on engaging the crowd, ensuring every single person in that room remained present, aware and unforgiving. O’Callaghan shouted, “I challenge everyone in the room to forget what you think is cool, to close your fucking eyes and remember that you’re at a rock concert right now.” With that notion, hands began to sway, bodies moving in sync, there was no need for an invitation to scream your lungs out to, ‘Don’t Come Down,’ whilst feeling nostalgic wearing your favourite band tee. ‘Black Butterflies and Déjà Vu,’ was undeniably a crowd favourite. The sound of a packed venue, serenading the band with appreciation as not one word was missed.

With the crowd as backup singers, the band invited excited and eager fan Kale (yes, like the vegetable) to the stage to belt out ‘Taxi’. With such delight on his face, he matched the energy of the band and had the crowd jumping and applauding his efforts. When the crowd was asked to embrace another, O’Callaghan reminded us all that we are never alone – which seems fitting for the most recent studio album’s title, ‘You Are Ok.’

If you’re looking for a band who takes risks, remains diverse in their sound and treats you like you’re the only fan in that venue, take a moment or three to check out ear candy (or their album American Candy), The Maine.

Behind the Lens Dana Hope