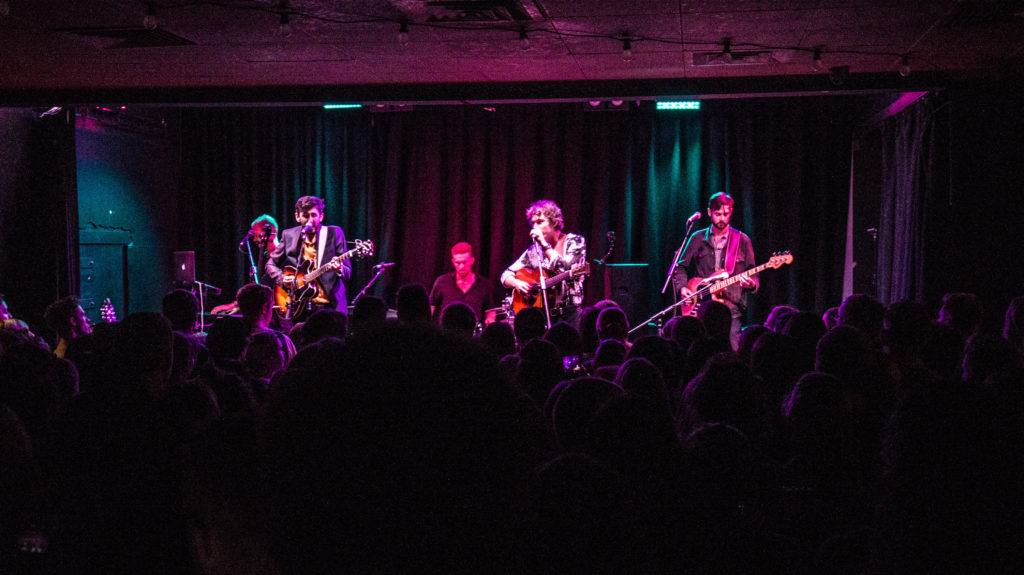 There is  chilly fog hanging low over the streets of Northcote this evening, for the debut of Winterbourne at the iconic Melbourne venue. The curtains are drawn across the stage, the echoes of the melancholic Rob Muinos still lingering in the air. The atmosphere of the sold out room is one of anticipation as the crowd stand shoulder to shoulder patiently awaiting for Winterbourne to begin.

Hailing from  the picturesque Central Coast of NSW the duo who were originally discovered on the busking scene quickly amassed a loyal following touring consistently around the country. They released two EP’s – All But The Sun  and Pendulum and will release their debut album later this year. Tonight they play a number of songs to showcase new and old to the audience.

Opening with ‘ Better’ there is an instant need to dance and sing along, each tune better than the last. With two front men sharing the singing James Draper and Jordan Brad have an on stage camaraderie that is fun, familiar and very endearing. At times the two playfully argue about who is the leader, endearing then to everyone even more.

Having performed in various bands for the last eleven years, the duo are a well oiled machine that know how to engage a crowd. As they play songs ‘ Too Many’, ‘ Puzzle’  and ‘ Steady my Bones’ the atmosphere in the room is charged with excitement. Switching things up with a nice piano into for ‘ The Actors’ the duo prove their versatility musically and as the song launches into a dynamic chorus the room erupts into a wild dance floor.

Whilst they make mention several times that the album has been a long time coming, it is evident that this is a work of passion and this comes out in the enthusiastic performance. They know how to hold a crowd captive and have done so throughout the evening.  Winding up the night with new single ‘ Steady my Bones’ the band have done an exceptional job of entertaining the large crowd.  As everyone files out into the brusque night air, one thing is certain- we all can’t wait to hear the new album.