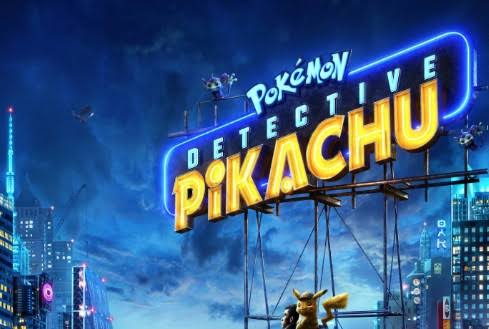 The best way to enjoy Pokèmon Detective Pikachu, a surprisingly enjoyable urban fantasy comedy (furcom?) even for the total sceptical newbie, is to surrender to the world of Ryme City and go for a ride.

A cross between Who Framed Roger Rabbit, Scooby Doo and Blade Runner — Pickachu is by far the best in show of the growing list of human/animation combo films that have captured audiences since Jerry the mouse tapped out a duo with with Gene Kelly.

Full disclosure, I was not looking forward to this. Without the pestering of pre-teens I would never have stepped foot into that cinema. However, Pickachu is head and shoulders above most ‘family friendly’ films that straddle the kid and parent audience. Pickachu easily stands next to Spiderman in the Spiderverse for joy, jokes, mystery and adventure.

The story isn’t new: practically orphaned boy grows up abandoned by a distant father and denies his special gift (of training Pokèmons) in favour of dull, safe life. Suddenly boy is thrust into a mystery where he confronts his greatest fears, meets the girl of his dreams, finds strength he didn’t think he had, learns to love and rely on friends; and finally solves the mystery, beats the villain, embraces his vulnerabilities and specialness and ends with the hope of a bright shiny future.

It sounds trite and done to death but relative newcomer, Justice Smith, inhabits Tim Goodman (because, duh, he a good man and so’s his missing dad) with a freshness and authenticity that’s rare for kids’ fantasy films, not to mention animation. Channelling a young Will Smith (no relation) circa Fresh Prince, Smith is the raw, moral and real centre of this film. It’s Tim’s journey, together with his relationship with Lucy and Pickachu, voiced brilliantly by Ryan Reynolds, that keeps this film from being just another fun but forgettable spectacle.

Lucy Stevens (Kathryn Newton from Ben is Back), is a worthy ally in the quest to find the answer to Tim’s dad’s disappearance. A media intern at CNM (Clifford News Media) with a ‘nose’ for stories but a paycheck that’s only godd for getting coffee. Newton’s Lucy is also a comic joy to watch and her relationship with Tim is modern, post #metoo and super sweet. They both have agency and the romance is just simmering beneath the surface, never overwhelming the mystery story.

Also great are Bill Nighy as the Rupert Murdoch-esque Howard Clifford who builds Ryme City as a place where humans and Pokemon can live in harmony; and Chris Greere, a truly underrated screen comic, as the cliché disgruntled son and heir, Roger Clifford, who dials up his plummy British douchiness in every scene.

Let’s get real, acting isn’t why you’re buying a ticket. It’s to see your faves come to life on a cinema sceen. Each Pokèmon is treated with affection and given plenty of screen time and laughs to flesh out their magic talents. The audience trilled with glee every time a new Pokèmon appeared. And given their cheering, this new franchise has done them justice. Detective Pikachu is totally believable as a fully-formed character. He’s hilarious, adorable, silly and smart in equal measure.

So whether you’re a Pokèmaniac or just a frazzled parent looking for a couple of hours’ peace, Pikachu is a worthy addition to your favourite’s list and well worth the trip to the cinema to get the full experience of the amazing Poké world.

Irena Bee is a movie and TV critic and PhD business student. She works as a communications expert for nonprofits, start-ups and community groups. She runs 44 Playook and you can find her @PRproAus and at 44Playbook.