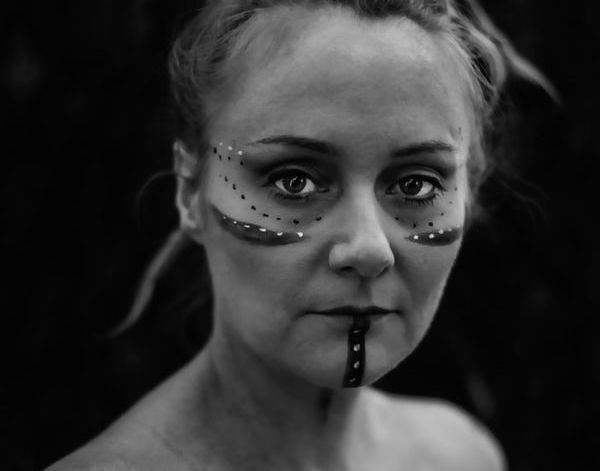 To quote the Cairns-based artist she hopes that this latest single becomes a “full on female empowerment anthem”. Inspired as part of her spiritual experimentation, a journey via a trance state connected her with animal guides. Taking away the knowledge that all woman are shapeshifters and warriors in essence, assuming different roles and integrating various animalistic energies during daily life, becoming more than mothers and daughters, becoming warriors.

Dee Lunar recorded Shapeshifter in her home studio studio in Cairns, layering heavy guitars and rock vocals to create a sound that is a departure from her previous releases but a clear direction her music will take into the

future. The independent spirit of the 90s courses through Dee’s veins, and manifests itself in her music as a staunch grind against convention, a sound that is equally as beautiful as it is rough around the edges. Steadfast in her perfect imperfection, echoes of the self-esteem and gritty self- determination of the alternative artists of yesteryear are present in this reverent and rocking single.

Active for many years as a writer, Dee Lunar has used 2019 to put her songs at the forefront, releasing Demons in April, Blue Bird in May and Wicked Mind in July. Her continued campaigns receiving positive reviews in publications Happy Mag and NQ Music Press. Her upcoming single, Shapeshifter, is set to drop this October and become her strongest entry to her confident catalogue.

‘Shapeshifter’ will be in digital stores on the 18th of October.

View all posts by 27 Magazine
Older News: Farmer & The Owl Festival 2020 1st Line Up Announcement Newer News:THE LAST OF THE GREAT ROCKSTARS, LENNY KRAVITZ PLUS JIMMIE VAUGHAN, THE WATERBOYS & SO MANY MORE ADDED TO THE ALREADY STELLAR BLUESFEST 2020 LINEUP
Latest posts in the same category
News