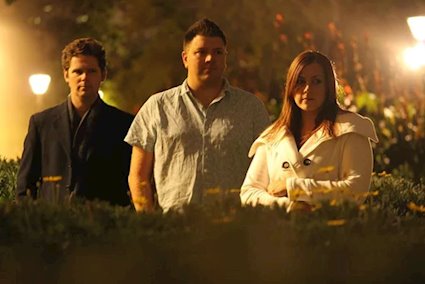 The debut album from Tetsuians is a re-enactment of a 60’s and 80’s narrative, set to an alternative timeline that builds a bridge between lo-fi experimentation and retro-gazing rock ’n’ roll.

After playing venues in Melbourne such as Gertrudes Brown Couch, The Corner, Greyhound Hotel, Revolver and the Brunswick Hotel, Tetsuians amassed around 40 songs which they felt could be whittled down to an album of ten tracks.

‘We’re not poets or songwriters, but we’ve pulled enough songs apart and put them together again to sort of know what we’re doing. There might be a few screws left over from the original instruction manual but they do the job’ – Trent Price, Guitar / Vocals

Having a fascination for obscure Japanese pop-culture, the name Tetsuians, derived from a Japanese dental campaign, suggested an other-worldly culture that the band could possess. A bit like extra-terrestrials that look like humans – not duplicates, but distant kin that happened to make slightly left of centre music. The self-titled album offers this and more, lead single Chump Change, blasts into you like J Mascis covering Cream, a sharp jangle of heated amps and slippery melodic swirls.

As the trio commit to life and music, they find themselves (Trent Price, guitar/vocals, Amber Craske, bass/vocals and Andrew Jackson, drums/vocals) regularly commuting between their respective homes in Melbourne and Noosa to record and play live. Their shared resolve to deny the tyranny of distance will see them launch their album via a facebook.com/tetsuians live streamed performance from the Bakehouse Studios in Melbourne on the 27th July.

For Fans Of: Superchunk | 13th Floor Elevators | The Replacements

The self-titled album is available in digital stores on 19th July.