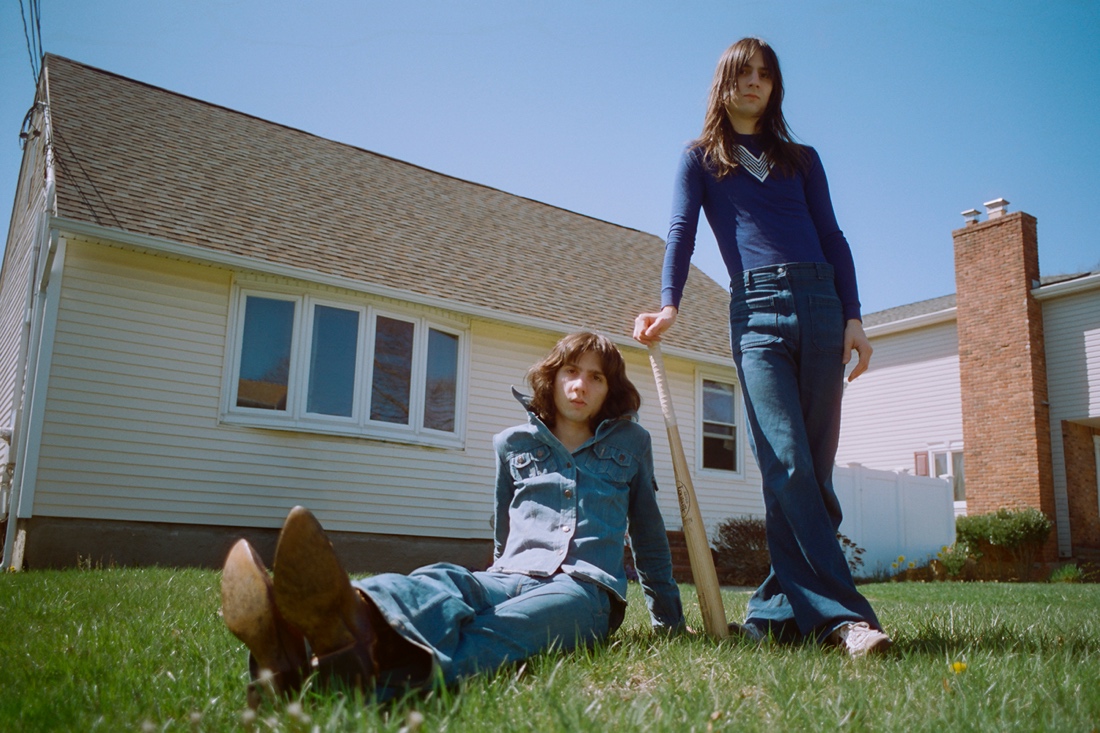 The Lemon Twigs have announced details of their most ambitious project to date: their second album, Go To School to be released August 24. A musical conceived by brothers Brian and Michael D’Addario, the 15-track opus was written, recorded, produced and mixed by the pair at their home in Long Island.

Go To School tells the heartbreaking coming-of-age story of Shane, a pure of heart chimpanzee raised as a human boy as he comes to terms with the obstacles of life. Todd Rundgren and the D’Addario’s mother Susan Hall play Shane’s parents. The album features contributions from Jody Stephens (Big Star) and their father Ronnie D’Addario.

Today, The Lemon Twigs reveal ‘If You Give Enough,’ the soaring album closer. In lines like “Your life’s only good as love, if you give enough,” the moral of the fable is revealed: give a lot of love without expecting it in return and you won’t be corrupted by the hate around you.

Of the forthcoming album, Brian and Michael hint, “Something now, then, big, small, bleak, and hopeful. All in under an hour.”

The Lemon Twigs emerged in 2016 with their debut LP Do Hollywood, which was praised by Rolling Stone for “toting hooky songs that stand out for their intricate arrangements and delectable melodies” and NPR Music who mused, “Like listening to music from a time that never was…a baroque rock romp.” The band quickly earned fans in Elton John, Questlove, and Jack Antonoff among many others, the latter of whom said, “Prediction: The Lemon Twigs will usher in a new phase of rock.” This winter, The Lemon Twigs will join Arctic Monkeys on their UK and European tour as well as two nights at the Hollywood Bowl in LA.

The Lemon Twigs ‘If You Give Enough’
Purchase / Stream: https://thelemontwigs.lnk.to/IfYouGiveEnough