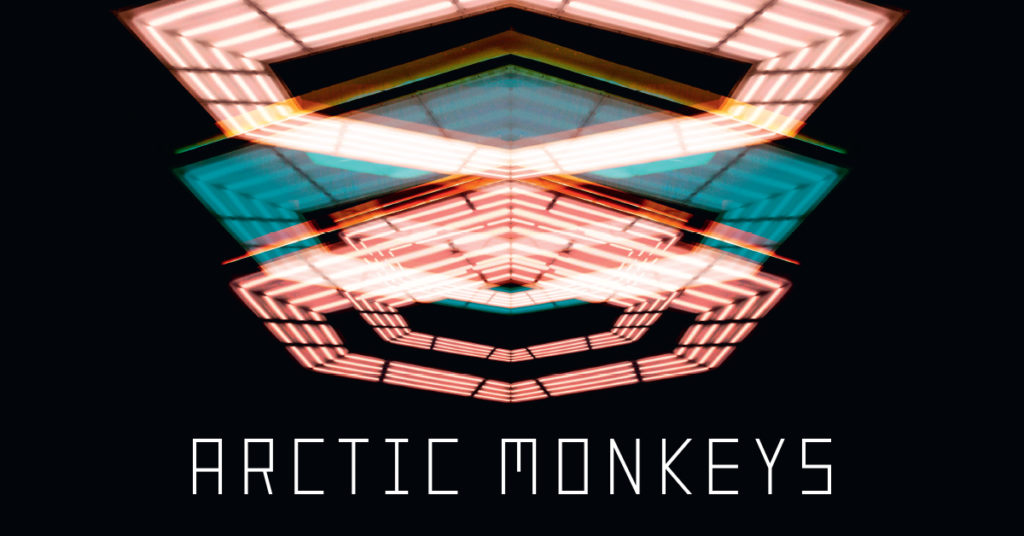 British rock royalty Arctic Monkeys have ushered in a spectacular new era with their sixth studio album, Tranquility Base Hotel & Casino, and now Frontier Touring is over the moon to announce the band’s return to Australia and New Zealand for a mammoth run of arena shows in February and March 2019.

Alex Turner and co. will kick things off in the west with a show in Perth, before crossing over to Melbourne and heading up the east coast with shows in Sydney and Brisbane with the final leg across the Tasman in Auckland. Joining them at all shows will be friends and collaborators Mini Mansions, the LA trio featuring members of Queens of the Stone Age, and The Last Shadow Puppets.

The news comes fresh after the Arctic Monkeys announced a new two-track digital bundle, featuring a previously unreleased b-side ‘Anyways’, out 30 November (through Domino/EMI Music Australia). The band have also shared Warp Speed Chic, a short film directed by Ben Chappell and originally shown as part of the band’s AM:ZM exhibitions in London and Sheffield alongside the photography of Zackery Michael.

On Tranquility Base Hotel & Casino (Domino/EMI Music Australia), Arctic Monkeys left behind the thick guitar riffs that defined their previous record AM, opting instead for more piano-driven, suave, lounge pop atmosphere set in a hotel on the moon. Their most surprising release to date slows down the swagger, and was written largely by Alex Turner on piano in self-imposed isolation. Fed by obscure soundtracks, cult films, European songwriters, and vintage sci-fi, the album was recorded across LA, Paris, and London with long-time producer James Ford. Think velvet jackets and brocade slippers, smoky organs, cinematic art deco visuals, and Alex Turner’s trademark lyricism exploring consumerism, politics, religion and technology.

The Sheffield band have now released six studio albums. Their debut, Whatever People Say I Am, That’s What I’m Not, was the fastest-selling debut album in UK chart history, winning the Mercury Prize for best album. Tranquility Base Hotel & Casino became their sixth consecutive #1 debut in the UK, the country’s fastest-selling vinyl in 25 years, and their fourth record nominated for the Mercury Prize. They’ve won seven Brit Awards and been nominated for three Grammys, have headlined festivals all over the world, and are truly second to none.

Appearing as special guests at all shows will be Mini Mansions. Founded by Zach Dawes (The Last Shadow Puppets), Tyler Parkford, and Michael Shuman (Queens of the Stone Age) during a break from Queens of the Stone Age touring in 2009, they’ve put out two albums and three EPs, including the newly released Works Every Time. They’ve toured with Tame Impala, Arctic Monkeys and Royal Blood, as well as performing at festivals like Glastonbury, Reading & Leeds and Bonnaroo, and will be sure to add to the cinematic atmosphere of each and every show.

Tranquility Base Hotel & Casino is a perfect example of Arctic Monkeys’ special brand of creativity and desire to keep the world guessing. Their live show has evolved once again to make room for the exciting new material, making these shows unmissable events. Grab your tickets now before they all disappear.

*You must be 16 years of age or older to access the GA standing floor and may be required to show ID to verify.