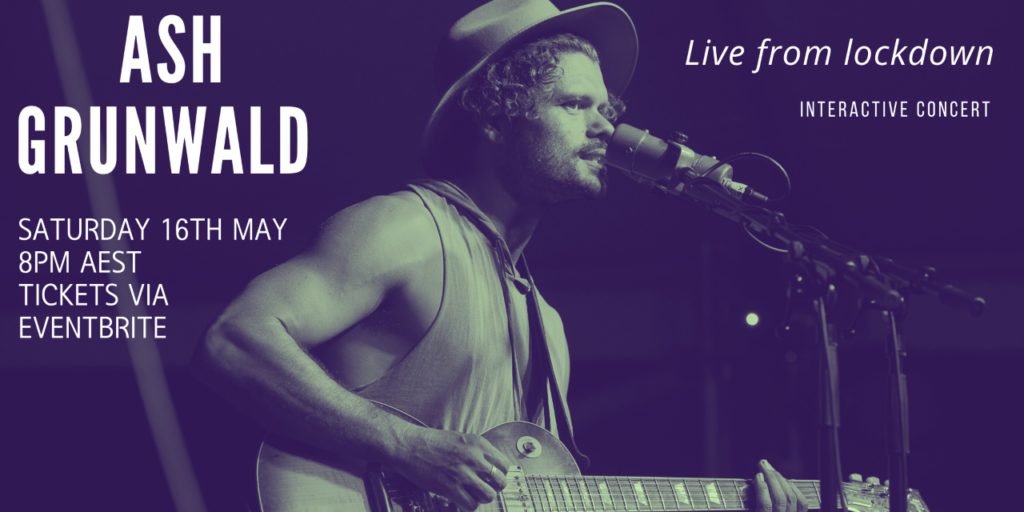 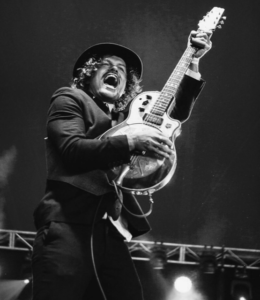 Iconic Australian Blues musician, Ash Grunwald will perform a live concert from his home studio on May 16 at 8pm AEST in a bid to connect with his league of fans and to generate some income as the live music industry has been decimated by Covid19.

Grunwald was mid European tour and very close to what would become the epicentre of the virus in Spain when the Covid19 pandemic sent the world into unprecedented mayhem. One by one concerts were cancelled including major festivals appearances in France and eventually the entire tour had to be abandoned leaving Grunwald with no choice but to flee the ……….. country and scramble to get on the next available flight hours before we was set to hit the stage in Basque Country as Spain declared a state of emergency while Ash was en route to the airport. “It was so surreal” says Grunwald “It was kind of like being in a movie. The disappointment of losing the gigs and the tour turned to anxiety in the rush to get to the airport and then relief when I finally landed in Australia”.

Sweet relief turned to shock as calls came through from Ash’s agent cancelling first Blues Fest (where he was scheduled to record a live album from the Mojo stage), then all shows for the next six months. For touring musicians who depend financially on playing live this has been a devastating blow. Grunwald had to think on his feet and within days of being home began giving online music lessons, mentoring and private shows on the Zoom platform to bring in a sprinkle of relief equating roughly to 1% of his usual monthly turnover.

Ash will play an interactive live streamed gig on May 16th at 8pm AEST were he will be taking requests of his back catalogue which will be streamed directly to the living rooms of participants who have purchased tickets via donation.

Tickets for this unique event available at www.ashgrunwald.com or click here https://www.eventbrite.com.au/e/ash-grunwald-lockdown-gig-tickets-104213786240