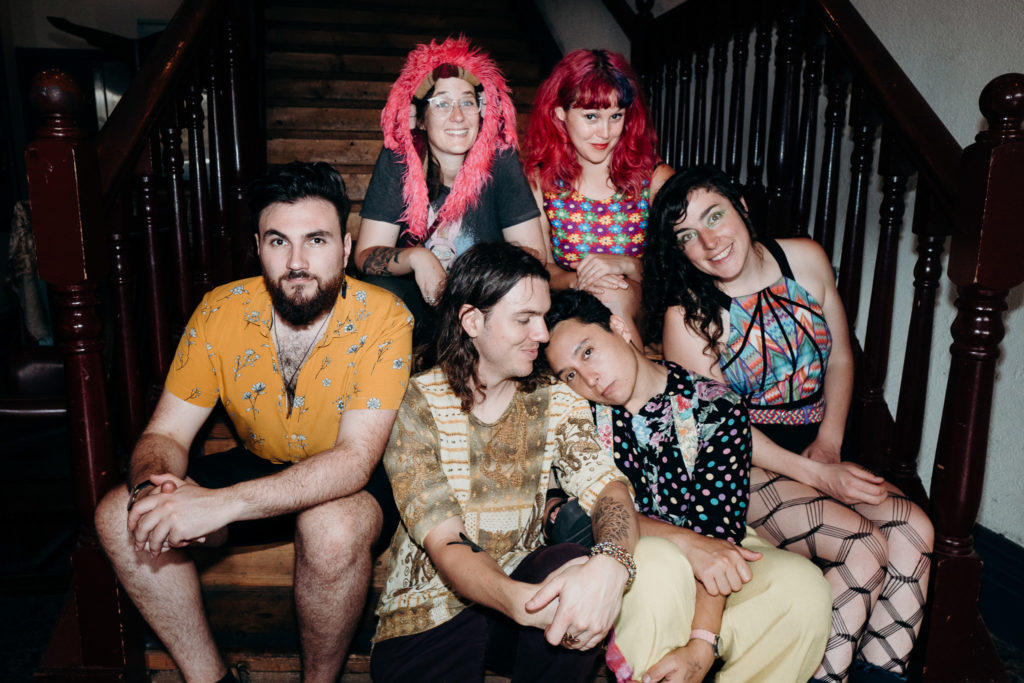 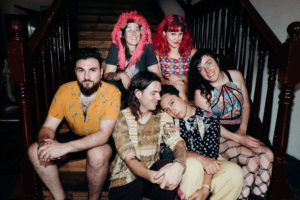 Ogopogo are a Melbourne band that for those unfamiliar with them describe their sound as ‘big waves surfing chicken’. The collective who are not enjoying lockdown with no live performances or shows makes it very difficult for artists like them to continue to exist and create music as they have little ways of making income online. They have been pickling eggs and mixing their album during this hard time. Luckily for the band they just finished recording the album before stage 3 restrictions so thankfully they really nailed the timing on that one. Now they are mixing and waiting for their eggs to pickle nice and good.

There latest release MOTH was written after a late Saturday night boogie down in Fitzroy. The lyrics were inspired by that feeling of becoming hypnotized and flying closer and closer to the light like a moth. With the pumping band, bright lights and rotating disco ball how could one resist?

Singer and trumpet player Charlie Woods says:  “We love playing this tune live and we are really happy with how the recording sounds. It is the first single we are releasing off our upcoming album so we are excited to show how the album is shaping up”

To accompany the release,  the band worked with Mike James Productions who both filmed and produced the film clip  for ‘MOTH’ working heavily with Singer/Trumpet player Charlie Woods who stars as The Office Lady and The Moth. Early on in the process we decided they wanted to experiment with some different aesthetics and a more serious approach to the overall style and theme of the clip. In all our previous video clips we focus on humour and intend to make everything funny and entertaining for our audiences. In MOTH we tried to develop our ideas and steer away from our usual feel good funny clip. We focused on developing concepts and payed detailed attention to creating a fresh unique style and overall aesthetic. ‘Ninja Disco’ and all of the bands promo videos you see on social media were also filmed and produced by Mike James Productions.

Whilst waiting for your isolation eggs to pickle, seat yourself down and ride the big wave that is the new single ‘ Moth’ available on all streaming services.

View all posts by 27 Magazine
Older News: The 8th Of May is Motorhead Day! Come & Celebrate The Loudest Day Of The Year! Newer News: Ash Grunwald embraces a new paradigm for live music
Latest posts in the same category
News