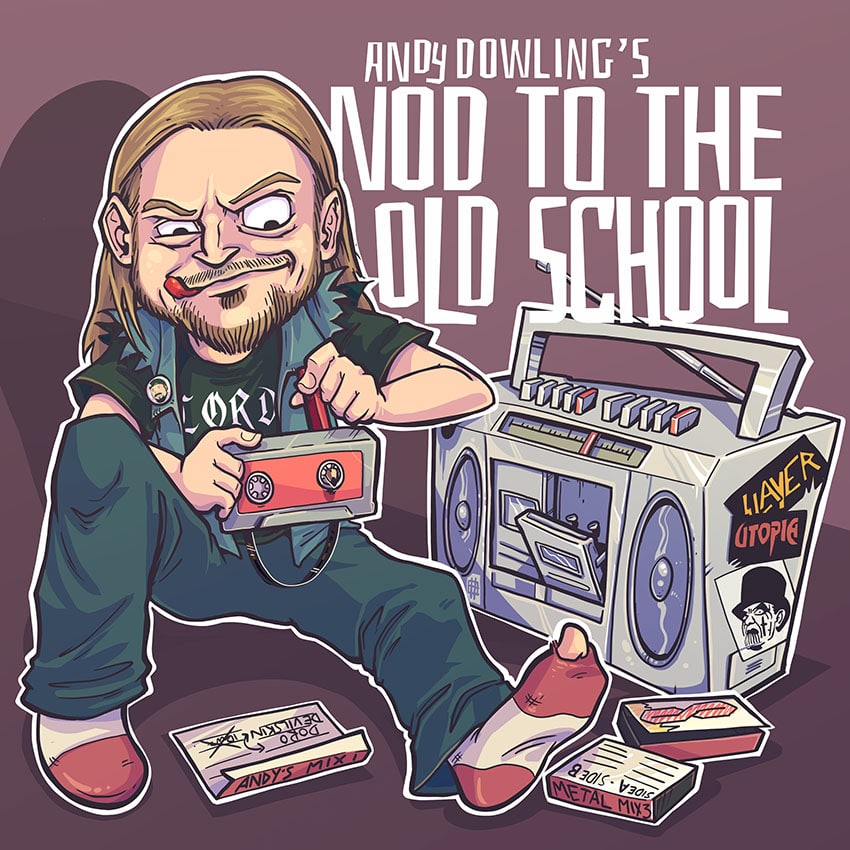 View this email in your browser

Nod to the Old School is all about the old school mix tape and metal compilation. Andy finds himself chatting with some of the best in the business about their first introductions to heavy music and what were on those early mix tapes.

The 10 episodes, which will be released over November and December, match up with the 10 tracks from Fallen Idols. The array of guests are as varied as the styles covered in LORD’s latest release, further solidifying the love of the metal mix tape.

Andy says, “I’ve been podcasting for the past 5 years with my own show The Andy Social Podcast, so it’s only natural that we now bring the worlds together. We are using the popularity of podcasts to not only share great stories from these amazing people in the metal world but to further promote LORD and our new album Fallen Idols”.

Episode 1 features the legendary Andy LaRocque of King Diamond which is available right now on all podcast platforms including Apple Podcasts, Stitcher, Spotify and more. The remaining episodes will be periodically released over the coming weeks.

All episodes will be released 7am, Sydney AEDT time (GMT +11 hours).

Fallen Idols saw the band enjoying one their most successful releases to date with the album debuting at #20 in the Australian Artist ARIA charts and #2 in the Australian Independent Charts. Two singles and video clips have been released to date with United (Welcome Back) and Kill or Be Killed, setting up Fallen Idols to be heavily considered in many ‘best metal album of 2019’ end of year lists.