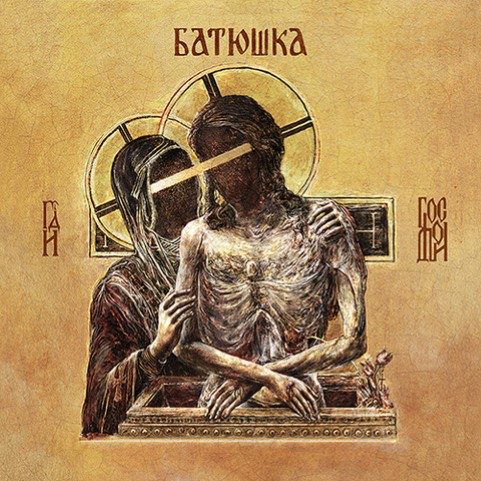 By: 27 Magazine
Emerging from the shadows of eastern Poland back in 2015, black metal band Batushka have established themselves as one of the modern era’s most powerful and evocative bands. Harnessing the fire and fury of arcane black metal and channeling it through the reverberant grandeur of ancient rituals of worship, the band’s debut album Litourgiya stood apart from the extreme metal hordes: a monument to originality, depth and dark mysticism that swiftly cast its spell over the metal underground and beyond.
The band have just released its second album Hospodi through Metal Blade.
https://batushka.lnk.to/hospodi

Batushka have just unleashed the fourth track from the album

Watch and listen to “Utrenia” here:

Named after an Old Church Slavonic word for “God,” Hospodi enhances all the unique qualities that made the band such an instant phenomenon, while offering an entirely distinct and fresh sensory experience. The album boasts the most ferocious and bewitching songs the band has penned to date – along with a newfound sense of rock swagger.
“The whole album is a concept based on the Liturgy of Death, the prayers for the dead, and Orthodox funeral rites and dirges,” said the band. “It’s all about a ritual that involves the dead and the mourners. We also used a lot of old folk songs and elegies from our homeland. These are sung during the wake, around the casket, in the deceased person’s home. Nowadays only a few older people know them and still sing them accordingly in our region. We decided to cherish that tradition and I’m glad that with our album these songs and rites will survive.”
Batushka will tour Australian in October and November for Destroy All Lines
TOUR DATES:Sunday, October 27: Amplifier Bar, Perth 18+Tuesday, October 29: Lion Arts Factory, Adelaide 18+Thursday, October 31: The Valley Drive In, Brisbane 18+Friday, November 1: The Basement, Canberra 18+Saturday, November 2: Croxton Bandroom, Melbourne 18+Sunday, November 3: Factory Theatre, Sydney 18+Tickets on sale Thursday 18 July @ 9am local timetickets.destroyalllines.com*****Hospodi is out now via Metal Blade Recordsbatushka.lnk.to/hospodi Watch and listen to the following songs from the albumLiturgiya, Polunosznica and Wieczernia

View all posts by 27 Magazine
Older News:HN GARCIA & THE BAND OF GOLD The Godfather Of Desert Rock Returns To Australia In January 2020 Newer Live Review: Grinspoon
Latest posts in the same category
News