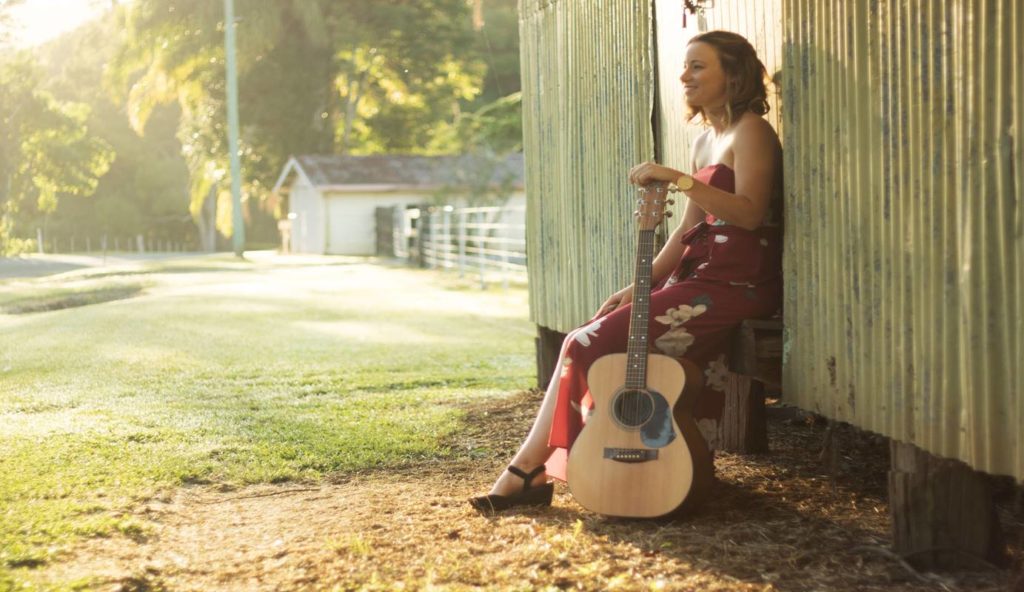 Brittany-Elise has today released her debut album Something More. It’s been a long time coming for the Gladstone-based musician, who has been singing and performing since she was a seven-year-old growing up in Mackay. Her talents were recognised early by Lee Kernaghan who asked her to open for his Mackay show when she was just 9, however it wouldn’t be until the still impressive age of 12 that she took him up on his offer. She has continued to perform with Kernaghan over the years and has also attracted attention from Allan Caswell and Graeme Connors, with the latter acting as her reference for her successful application to the CMAA Academy of Country Music.

Speaking about the album, Brittany-Elise says “It represents the connections I have made throughout my life and is a unique musical journey. It tells the stories of the people, experiences and influences that have helped me find myself, both musically and personally, along the way.”

Something More was produced by Simon Johnson at Hillbilly Hut Studios on the Central Coast of New South Wales, and has already shown signs of great promise. The debut single, ‘Another Day’, came in at #3 on the Australian iTunes Country Charts and at #57 on the all genres charts, while none other than Kasey Chambers expressed her deep admiration for ‘Love You’, saying “that song is something the Dixie Chicks would absolutely love. That is an amazing song, why has no-one heard it yet?”

Brittany-Elise returned from performing in Nashville in December and recently wrapped up her 10th appearance at the Tamworth Country Music Festival, which she has previously opened. She’s looking forward to a huge 2019 promoting Something More, beginning with an album launch in Gladstone on February 9th at the Harvey Road Tavern. Having already played Rockhampton River Festival, Gympie Music Muster, Gladstone Harbour Festival and more, she’s set to capture more and more fans with this heartfelt debut album release.