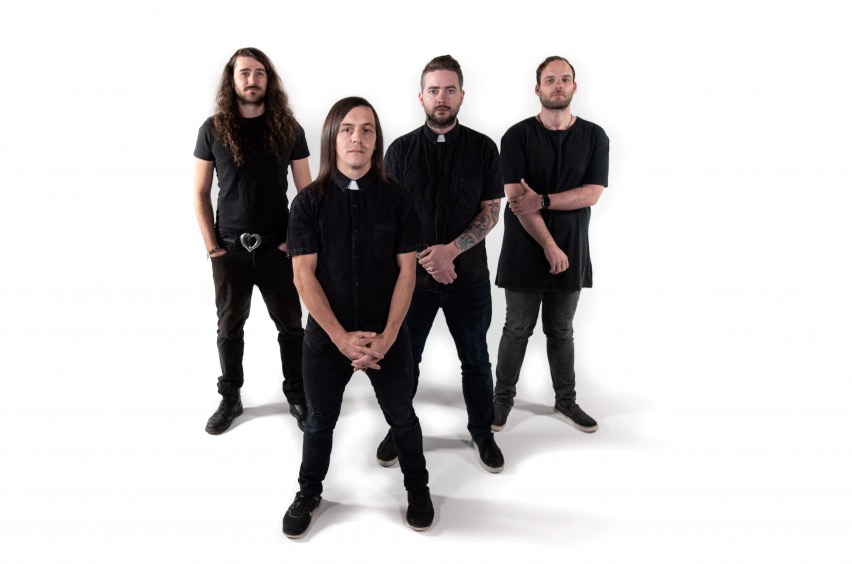 Melbourne’s genre blenders Catholic Guilt are back with a brand new single, “The Awful Truth”, which showcases an upbeat, catchy track that packs a punch and tackles a dark theme. The new single will be available  at https://ffm.to/catholicguilt_TAT.

In support of the brand new single, Catholic Guilt will also be launching “The Awful Truth” live at Grace Darling Basement in Collingwood on Friday June 28th, tickets available through Eventbrite.

“The Awful Truth” touches on dark content in the way that the track uncovers the sexual abuse and the subsequent cover up of that abuse by the Catholic Church. Vocalist Brenton Harris highlights that “…abuse of power in this way is truly heinous and unfortunately has been all too common throughout history and continues to be prevalent today.”

The track features a toe tapping beat, an infectious melody and a number of catchy pop elements but the lyrics expose the dark truth. Harris provides the lyrical explanation behind “The Awful Truth” and the contradictory beliefs and justices that inspire the ideals, “The bridge of the song is written from the perspective that according to their own belief structure, the perpetrators will be judged by God at the time of their passing and for all intents and purposes they are going to fail that test and go to hell … Whether or not that hell exists, there’s a certain sense of schadenfreude and justice in that philosophical construct. We sincerely hope they spend their remaining days on earth trembling in fear of what awaits them in death.”

Catholic Guilt have made a point with the release of this brand new single to extend their love and support to the victims of this kind of abuse, and will be backing up their words with action by donating a portion of the proceeds collected at the single launch to SECASA (South Eastern Centre Against Sexual Assault). Harris adds, “we’ll continue to support the push for justice to be served for the injustices committed against them.”

Debuting on Triple J Unearthed, the singles “Counterfeit Guitars” and “Paper and Ink” received frequent airplay on Triple J, including a coveted spot in 2018 with Richard Kingsmill and Home and Hosed with Declan Byrne. “Paper and Ink” found particular favour with Short.Fast.Loud host Josh Merriel who included the track in his top 10 releases of 2018 and went on to state that “…when I first got the EP, I put it on and just went for a walk, before I knew it I’d listened to it four or five times and found myself singing along to most of the words. “Paper & Ink” just kills me as a song, both lyrically and musically so rich and deep.”

Having hit stages all-across the Aussie eastern seaboard in 2018 in support of some of the scenes best upcoming acts, Catholic Guilt are ready to bring their brand of ‘honest music’ to the rest of the nation this year as they gear up to release the follow up to Hymnbook Volume 1. In support of the new release, the band will be bringing the heat to the stage for a single launch show at Grace Darling Basement in Collingwood supported by Dover Island and Jess Porter on Friday 28 June. Tickets available through Eventbrite and on the door.

“The Awful Truth” will be available tomorrow to purchase and stream at https://ffm.to/catholicguilt_TAT and from all good online outlets and streaming platforms.