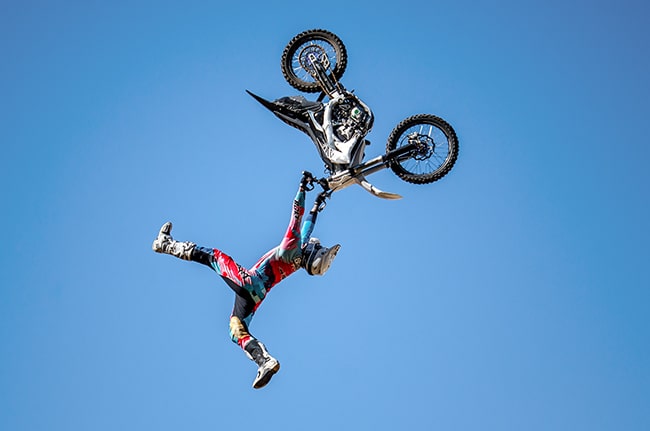 More than a decade since their last major performance in Australia, extreme freestyle motocross legends the Crusty Demons have today announced that they will return down under with their brand-new live show ‘Rise of the Demons’, set to hit arenas around the country in 2019.

Renowned for making the impossible happen, The Crusty Demons continue to make headlines around the world, decades after their inception, with world record jumps, back flips over helicopters and countless stunts that were previously thought impossible.

The huge national tour will see both crowd favourites and newcomers hit massive venues around the country, for Saturday Night shows in all of the countries capitals, as well as special performances in Townsville, Alice Springs, Wagga Wagga, Devonport and Coffs Harbour.

“Crusty Demons is the reason I started riding dirt bikes, so to now be given the opportunity to be a part of the Crusty Demons is a dream come true” Said Australian Crusty Demon’s rider Pat Bowden, “I can’t wait till the 1st stop of the tour August 10 in Sydney because I’m going to send it bigger than ever for the Crusty Fans.”

True believers will be blessed with some of the most radical, death-defying stunts known to man, with riders pushing to go bigger, faster, higher, and more insane than before; Dirt bikes, the infamous quarter pipe, new tricks, Crusty babes, carnage, along with incredible production, all set for one hell of a show for Australian audiences.

Pre-sale tickets for Crusty Demons ‘Rise of the Demons’ Australian Tour kick off at:
9:00 AM on Thursday 28 March via oztix.com.au

General on sale tickets will start at:
9:00 AM on Friday 29 March via oztix.com.au