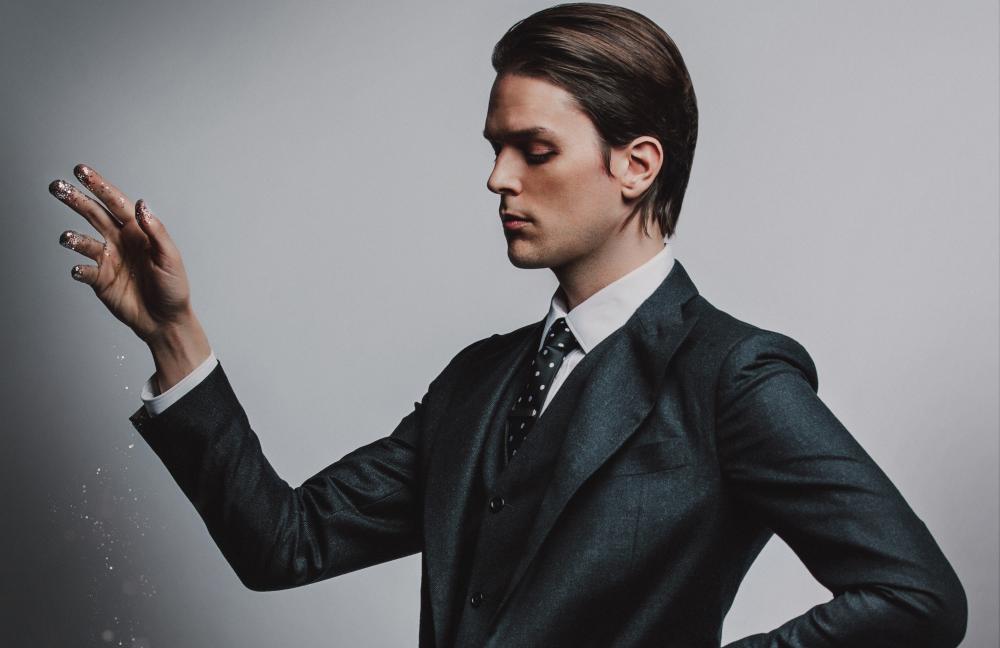 By: 27 Magazine
Today, I DONT KNOW HOW BUT THEY FOUND ME (iDKHOW) release their sparkly debut album ‘Razzmatazz‘ via Fearless Records/Caroline Australia.

The LP is a bewitchingly glitzy collection with a vibrant soundscape that perfectly encapsulates the essence of the band: it marries their love of pop rock and new wave, making it a “feverish explosion of fresh, addictive alt-rock energy” (Atwood Magazine). iDKHOW started in secret, when Dallon Weekes, the mastermind behind the band left Panic! At the Disco – he says of the album inspiration, “Razzmatazz is the magic industry dust that gets sprinkled over everything to make you think it’s all wonderful and shiny, but it’s pretty dirty and gross underneath.”

The album has already received a number of rave reviews from its Aussie listeners:

“Spread across a tight 12 slivers of glittery synths, roaring bass, ear-tickling effects and vocal melodies more captivating than a car crash, Razzmatazz is a surefire end-of-year list-topper.” Australian Guitar
“Razzmatazz is sure to attract listeners attention, with the colourful record boasting a wild assortment of elements reminiscent of pop music across the 60’s, 70’s and 80’s, all combined with a modern flourish … An exceptional debut from a duo that clearly know the industry well.”
Hysteria
“Answering the question of what it would sound like if Muse time-travelled back to the 1960s, Razzmatazz ultimately flexes a loving nod to the glitz and glamour of Ziggy Stardust and Sgt. Pepper, while splicing in a tangible modernity that is unsettling, engaging and addictive all at once.”
The Soundcheck
“Spoiler alert! Herein lies beautifully crafted complexities awaiting your audible discovery. The Easter eggs, so deceptively woven and hidden within the arrangement and production of this album, yearn to be discovered.”
The Live Wire
“Razzmatazz is a modern take of the synth pop style that everyone enjoyed in the 70’s and 80’s, just made rockier with Ryan Seaman’s drums, and Dallon Weekes’ always impressive vocals. It’s just the kind of uplifting music we’ve come to expect from the Salt Lake City duo.”
Wall Of Sound

The band has already achieved surprising success racking up over 100 million Spotify streams, the #1 spot on Billboard’s Heatseekers chart for the ‘1981 Extended Play‘ EP and 32k plays at Alternative radio reaching an audience of over 64 million.
Dallon Weekes made waves in Panic! At The Disco from 2009-2018, touring around the world and picking up Gold and Platinum plaques as a key songwriter on the chart-topping ‘Too Weird to Live, Too Rare to Die!‘ and more. In 2016, he introduced iDKHOW at a small show in Los Angeles before denying its existence for months to follow. The project formally revealed itself prior to hitting the road and performing on the mainstage at UK’s Reading and Leeds Festivals as well as sharing stages with the likes of Twenty One Pilots, The 1975, Billie Eilish, The Killers, The National and Blink 182, just to name a few.