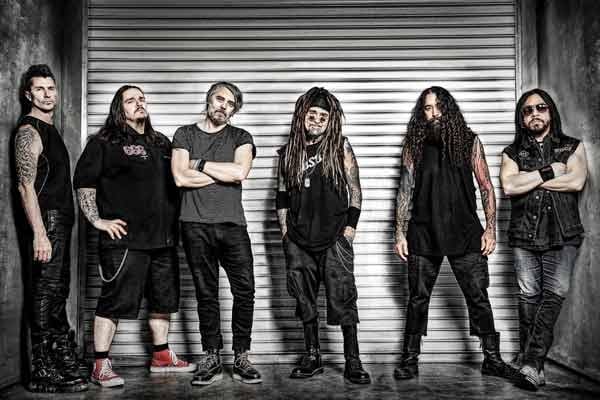 Deftones, Ministry, In Flames, testament and The HU are all serving up extra shows in addition to their appearances at Download in Melbourne and Sydney.

Deftones
Since Deftones’ inception, the multiplatinum, Grammy-Winning alternative rock band from Sacramento, CA have quietly been pursuing two paths, delivering songs defined by churning, double-fisted aggression while also testing the boundaries of music by incorporating elements of psychedelia and shoegaze.

Ministry
Industrial metal pioneers Ministry bring their synth pop heavy repertoire to Download 2020. Fourteen studio albums since their inception in 1981 have cemented Ministry as one of the most consistent prolific heavy artists of modern times.

In Flames
Sweden’s leading metal band In Flames have never stopped moving forward during the more than 20 years they’ve been performing. The melodic death metal of the band’s early days has since evolved into a unique expression, manifested in 13 albums like ‘A Sense of Purpose’, ‘Sounds of a Playground Fading’, ‘Siren Charms’ and their latest release, ‘I, The Mask’

Testament
For over three decades, Bay Area quintet Testament has consistently delivered unadulterated, unbridled, and unbreakable metal in its purest form without compromise or any signs of slowing down.

The HU
The HU is a band from Mongolia that blend hard rock and traditional Mongolian throat singing. Their first two videos ‘Yuve Yuve Yu’ and ‘Wolf Totem’ immediately went viral garnering the band over 30 million views. The explosive reaction to The HU resulted in enthusiastic coverage from media all over the world.