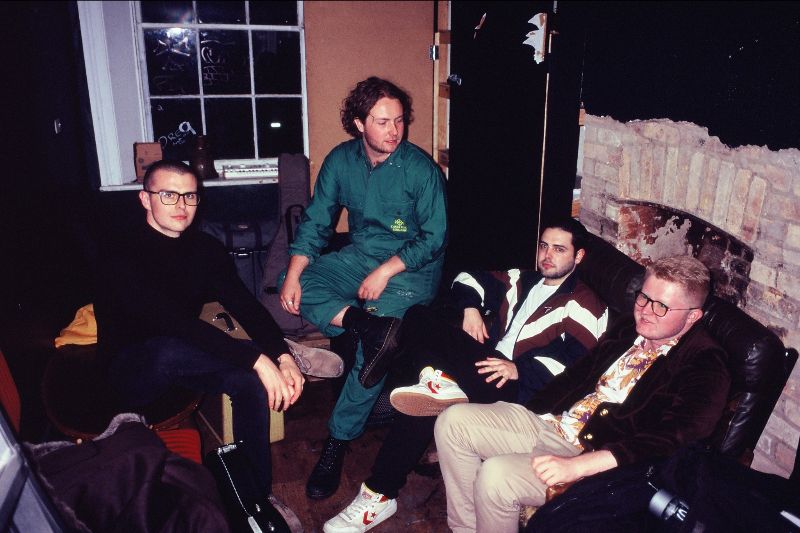 Recorded one Wednesday Night before the second lockdown in Melbourne

“A band that wears its influences (Springsteen, Holy Holy) proudly on its sleeves – but hey, I’m out here wanting to buy the jacket.” Dave Ruby Howe – triple j Unearthed

Intimate, intricately detailed, beautifully rendered, “Wednesday Night” EP shows a stripped back and raw side from Eastbound Buzz. Recorded on the last Wednesday Night before the second lockdown in Melbourne Eastbound Buzz recorded live 6 songs which grip you from the very first strum.

Drawing on influences such as Bruce Springsteen’s Nebraska and the more intimate gripping moments from a War On Drugs record, lead singer Jarryn Phegan’s vocals are shown off in all their glory.

The six tracks offer a different take from Eastbound Buzz’s more heavy rock leaning tracks, stripping back ‘Red Rover’ and ‘Lost In The Shuffle’ along with and the lead track ‘Surrender’ which was co-written with Shannen James and sees James on backing vocal duties. A cover of Don Henley’s ‘Boys of Summer’ shows exactly what lead singer Phegan’s vocals can do at their essence. Capped off by the beautifully and delicately styled ‘Dreams End’.

Jarryn Phegan the lead singer explains more behind the concept of the EP, “it was recorded in one night.. Wednesday Night at Fight Night Studios in Abbotsford. A few of them are songs I have been sitting on for a while and I thought lent themselves to this style of recording. Red Rover and Lost in the Shuffle are songs we usually play with the full band but stripped back. Every song was done in one or two takes with only one or two overdubs added afterwards. We wanted it to feel raw and like a live, intimate performance with the songwriting speaking for itself. As a collection of songs, the EP is about a long term relationship coming undone and the few things I did to try and keep it together… with Boys of Summer thrown in for good measure.”

The band releases the acoustic EP ahead of Bigsound 2020 who premiered the EP HERE.

Eastbound Buzz arrived on the scene in 2019 as a force to be reckoned both live and on record, with their debut EP Opportunity Shop receiving national airplay and garnering significant attention. Centred around lead single ‘Looking for Trouble’, described as ‘a spectacular alt-country, road trip, tear-jerker’ (Nkechi Anele, Triple J), the EP introduced audiences to the Melbourne four-piece’s distinctive brand of Americana-tinged alt-rock.

Not content to sit on their laurels, the band followed up their debut EP with new single ‘Lost in the Shuffle’ in late 2019, capping off a year that included feature interviews on

Triple J’s ‘Roots and All’ and RRR’s ‘Twang’, as well as live shows with the likes of Kingswood, MID CITY and The Northern Folk.

It all began with childhood friends Jarryn and Jet, who grew up as teens playing INXS, Black Keys and Fleetwood Mac down at the local pub in rural Australian town Wagga, knowing one day they wanted to start their own band. Relocating to Melbourne in 2016 would be the first step to realising this goal. Shortly after the move Andy and Louie joined the cause and the band would be complete. Originally playing under the name Wolpertinger – the boys soon realised no one could pronounce the name, so they turned to a random name generator and landed on Eastbound Buzz.

Appearing chosen as part of the Bigsound50 for the virtual Bigsound 2020 Eastbound Buzz cement themselves are one of the up and coming bands Australia has to offer. With live shows now on the cards for 2021 Eastbound Buzz close out the year with the release of an acoustic EP aptly titled “Wednesday Night”, a showcase of raw emotion and the true essence of song-writing on full display.