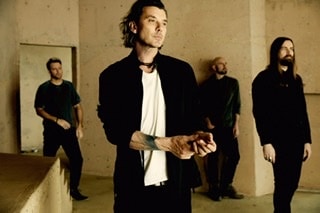 Under The Southern Stars for 2020 recently announced that it had just gotten even bigger with the announcement of a special indoor show at The Timber Yard, in Port Melbourne for Wednesday, April 8.

Over their decade long career, Electric Mary have shared the world’s stages with some of the most revered names in hard rock including Whitesnake, Judas Priest, Deep Purple, Kiss, Alice Cooper, Motorhead, Def Leppard and many more, Their explosive brain-bending live performances at home and abroad are regarded as one of, if not the best live shows anywhere!.

Armed with their latest slab of pure rock n roll, Mother, Electric Mary, will get the crowds primed for the evening ahead.  This will also be your last chance to catch the Mary’s in Melbourne before they jet off to Europe for an epic tour later in the year!

This exclusive show at The Timber Yard is a chance for fans to get up close and personal with the bands in an intimate, limited capacity venue of 1500.

An incredible and visually stunning venue, The Timber Yard is built on the philosophy of recycling, upcycling and bringing people together for amazing events. The huge 6000 square metre indoor and outdoor space in the Port Melbourne industrial precinct has been fully and lovingly restored, remaining true to its heritage of second hand timber storage and fabrication. It’s an urban sanctuary designed to bring the flavour and personality of the country into the city and is set to become a landmark Melbourne venue.

While the UTSS festival shows will see the three international headliners rotate their playing positions at each show, the line up at The Timber Yard will see a Electric Mary open the show before Stone Temple Pilotstake the stage, followed by +Live+ and Bush will close out the evening.

*********
Bush have been a mainstay on Australian radios since the release of their debut album Sixteen Stone in 1994. The album was an instant smash spending 43 weeks in the Australian Top 50, peaking at #5. Glycerine, Everything Zen and Comedown are in the DNA of Aussie rock fans and are played daily on the airwaves to this day.

Celebrating 25 years since the release of their iconic Throwing Copper album, +LIVE+ are one of the most beloved rock bands ever to tour the nation.  From the rocking All Over You and I Alone to the glorious emotion of The Dolphin’s Cry and Lightning Crashes, +LIVE+ are playing with a vengeance and a vigour that reveals the band in top form and better than ever!

One of the biggest rock acts of the 1990’s, Stone Temple Pilots broke out of the scene they helped to define into bonafide superstars. From their debut album, Core, with legendary hits, Sex Type Thing, Creep, and Plush to Purple’s soaring Interstate Love Song and Big Empty and the late 90’s smash singles Big Bang Baby and Sour Girl, STP songs are the soundtrack of a generation.

You know the bands, you love the songs. Under The Southern Stars gives you the opportunity to experience the greatest hits from some of the worlds’ greatest bands all in the one night of incredible rock and roll!

Get in fast as these strictly limited tickets won’t last long!