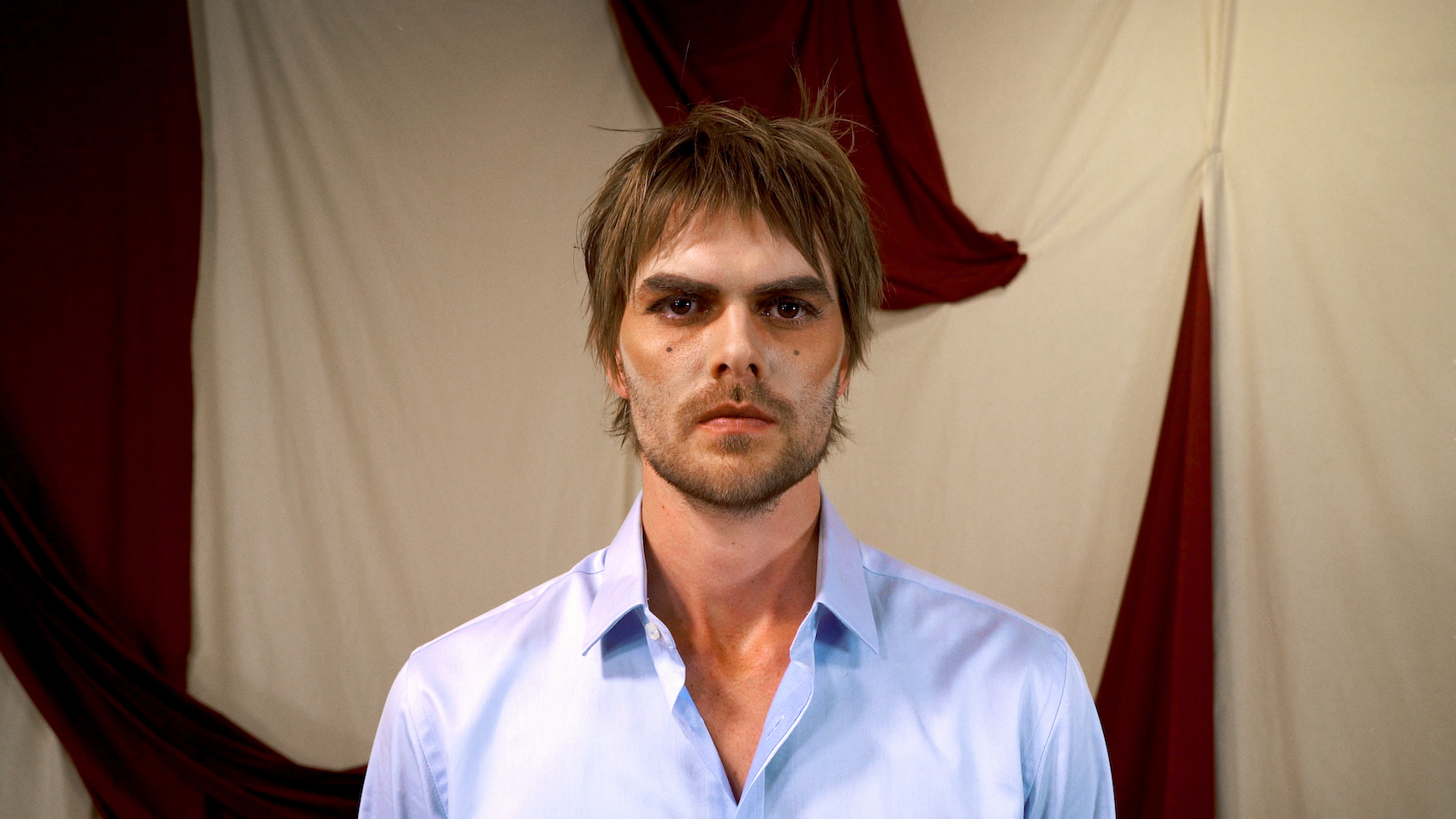 The sonic equivalent of entering a dream world, the new single Terminals, the latest outing from Sydney singer-songwriter Jordan Wilson, murmurs and charms with otherworldly delights. Inspired by a cultural reset, Leonard Cohen and some well-timed real life absurdity, Terminals is also today accompanied by the release of a captivating and potent music video. And Jordan Wilson fans can also catch him performing the new single and many other musical delights alongside Motion Sickness at The Chippo Hotel in Sydney on Thursday 24 November and The Old Bar in Melbourne on Wednesday 7 December.

A fluid, intimate and atmospheric dive into Jordan’s heady musical world, Terminals marks the second single from Jordan’s solo endeavours, following on from the melancholic and delectably gripping 2021 track Totem. Boasting glimmering soundscapes, lush melodics and languid intensity, Terminals charms in its abstract yet approachable creative universe, as if Thom Yorke, Nick Cave and Agnes Obel were billowing through a dream accompanied by Jordan’s ever-emboldened stylings. Also inspired by Jordan’s own personal juxtaposition experienced after returning from living in Europe and being on a jobsite back home, Terminals grew from a moment of absurdity into something with much deeper meaning, as Jordan explains, “Terminals was written after I had just gotten back from a stint living in Europe. I was a bit down and lost so my father corralled me in to coming to work for him. My body was in shock from going from sipping lattes on the Parisian streets to digging holes in the Australian suburbs. I overheard one of the other workers at lunch after going to the toilet: “You know mate, no matter how hard I shake it, there’s always two drops left”. I was eating lunch by myself, but it made me laugh out loud on the spot. Something about the absurdity of it all brought me back to earth and I was able to start writing again. That line means something else to me now, but it helps me to appreciate the many situations that life can throw you in.”

Working with Daniel Lee Kendall on Terminals, with Daniel co-producing and mixing, the sublime new track was mixed by William Bowden, while its equally mesmerising accompanying music video was brought to life by frequent Jordan collaborator Odin Umeofia as well as Jordan’s brother and fellow artist Lavrence. Featuring Jordan and his partner Maia Marsh, the clip ultimately embodies the notions of transformation and uncertainties, frequently flipping the watcher in and beyond the physical lighthouse, with the fanciful lyrical and ambient music coating proceedings. Devised by Jordan himself alongside his team, the end result draws you deeper into the Terminals narrative while, overall, blending hope with the unknown. “I came up with the concept of this clip alongside my collaborator Odin Umeofia and my brother Lavrence always helps as well,” shares Jordan of the Terminals music video. “My partner Maia Marsh who plays under her own name and a band called Motion Sickness features in it with me. It’s set at/in a lighthouse which represents the Terminal or house of transformation. It’s a powerful image as it sits on the coast as an isolated figure and calls out to the great unknown, guiding ghostly ships to shore. The clip cuts from ‘inside’ the lighthouse to out. I wanted the inner world to be freaky and spoofy to represent the underworld of the psyche and have that release of the outside shots culminating in the final lines of the song, ‘We know the way out’.”

An artist, songwriter and performer already firmly established for his work with indie duo Georgia Fair, Jordan has been steadily evolving his own solo creative works, with a debut solo album building on the horizon following the release of his debut solo single Totem and its follow up Terminals. Signing a major label deal at the age of 21, Jordan has previously landed two albums in the Top 100 ARIA charts, lived and recorded in Australia, Europe and America, and has previously toured and performed alongside the likes of John Mayer, Paul Kelly and Kate Miller-Heidke. Also recently publishing his first ever book last year, a collection of short stories and poems Some Short, Some Long, Jordan is set to weave more musical and creative magic beyond 2022; but there’s still plenty of magic left as the year draws to a close, including some live

shows on the cards set to showcase even more Jordan’s solo work up close and personal, as Jordan concludes, “I think I’ll be going out as a duo for this run of shows. I’m still writing the album and trying songs out on the audience, so it’s nice to show them bare bones to really get down to the core of the message and see what comes across and what doesn’t.”

Terminals is out today, Friday November 18.