News: Galactic Empire to tour Australia in November, presented by Destroy All Lines and Supanova

HomeNewsNews: Galactic Empire to tour Australia in November, presented by Destroy All Lines and Supanova
News 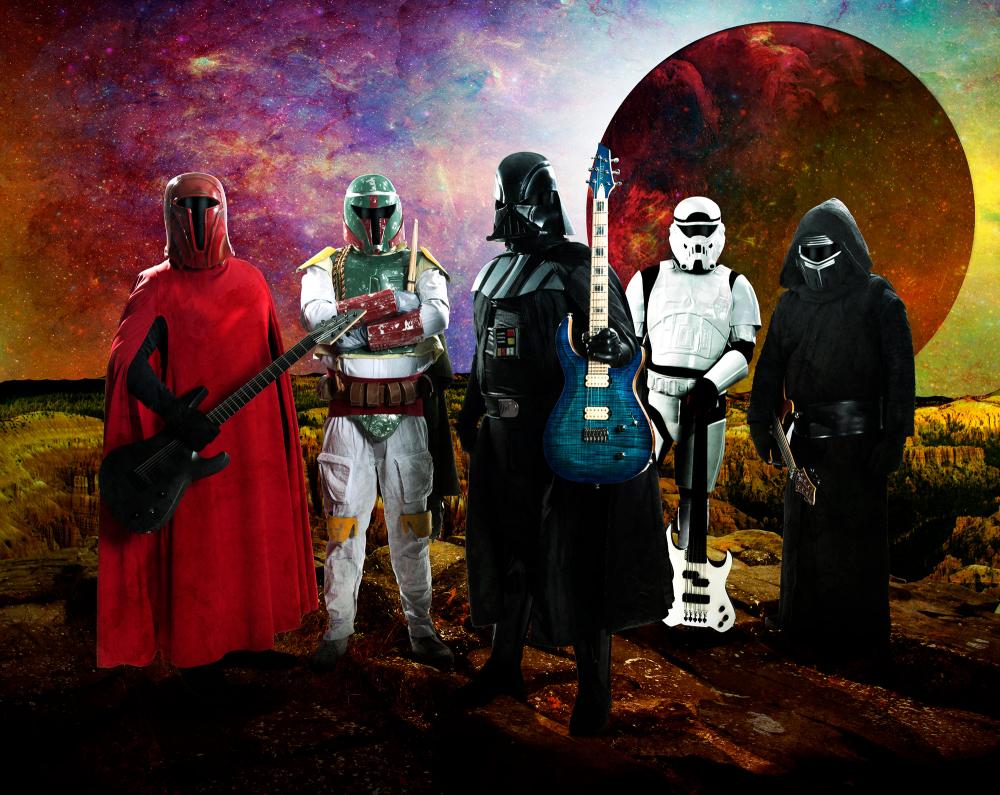 Forget Figrin D’an and the Modal Nodes, Forget The Max Rebo Band, the best band from a Galaxy Far, Far Away are making their way to Australian shores in November 2019 – GALACTIC EMPIRE!

Co-Presented by Destroy All Lines and premier pop culture convention Supanova, Galactic Empire are bringing their Star Wars Metal extravaganza to both Supanova events in Adelaide and Brisbane and to rock venues throughout Australia in Melbourne, Canberra, Sydney and Gold Coast. From a foreboding rendition of ‘The Imperial March’ to the sweeping guitars of ‘Duel of the Fates’ or soaring melody of ‘Rey’s Theme’, the band’s faithful translations of John Williams’ classic scores has created a new “force” where fandom and music overlap.

Tickets for these interstellar shows go on sale on Wednesday 25th September at 9am Local Time at http://tickets.destroyalllines.com.

The second phase of the New Order has begun. The most infamous villains in the galaxy have joined forces to perform pieces from the iconic soundtrack of the Star War Films, written by Supreme Composer John Williams. With the resistance weakened, GALACTIC EMPIRE must shred the remaining rebel forces and rock the very foundation of the galaxy. They are some of the most infamous and feared villains in the galaxy – Boba Sett on drums, Bass Commander on bass, Dark Vader on lead guitar, Kyle Ren on guitar and Red Guard on guitar.

This year’s Supanova events are already bursting at the seams with their biggest events and drawcards on the lineup to see and meet, with icons such as John Travolta (Pulp Fiction, Grease, Face/Off, The Punisher), Jason Isaacs (Harry Potter, Star Trek: Discovery, The Dark Crystal: Age of Resistance), Billy Zane (The Phantom), and Julie Benz (Buffy The Vampire Slayer, Angel, Dexter), amongst so many more – and by buying your Galactic Empire tickets you’ll be able to enjoy a complimentary weekend of Supanova fun in Adelaide and Friday admission from 1pm in Brisbane with an inexpensive option to upgrade to the full three-day weekend!

Use the Force when tickets for these shows go on sale on Wednesday 25th September at 9am Local Time at http://tickets.destroyalllines.com!

View all posts by 27 Magazine
Older News: A STATEMENT FROM MUSHROOM EVENTS AND THE VICTORIA RACING CLUB Newer My Dream Rider: MC J.P
Latest posts in the same category
News