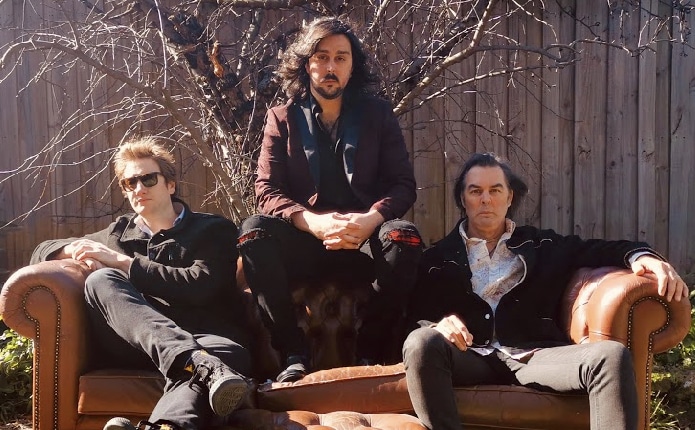 Grasshole​ are a stoner-punk three-piece from ​Melbourne​ that exemplify the hard work required to make it in today’s music industry. Since the release of their debut EP (​Grasshole)​ , a second EP (​The Unification Proclamation​), and their debut album (​Fuzz of Flavour)​ the band have completed ​three national​ and​ two international tours​, playing shows across Spain, Sweden and Indonesia, including several festivals. The tour for their debut album spanned ​85 shows across a year and a half​. They have since developed a reputation for a high-octane live show that has gained a very strong following both locally in Australia and internationally.
“​Playing music has always been my first choice for spending the biggest currency I have… my time. Everyone has a different outlet that gets compromised at one point or another, because of how fast and crazy the world is these days.”
– K​ aris Hawkins (vocals/guitar)
Grasshole’s back catalogue has earned them a significant amount of spins on community radio in Australia and college radio in the US. Their 2nd EP,​ ​The Unification Proclamation,​ was added to rotation across ​ 90 US Radio Stations​ and debuted at ​#1​ on a handful of stations.
Grasshole started recording album number two in 2019 with peerless producer ​Lindsay Gravina​ (​Hole​, ​Jet, The Living End, Cosmic Psychos). ​Title track ‘​Wildfire​’ is the first taste test taken from the band’s forthcoming second album due for release in March 2020.
“The song ‘Wildfire’ is about giving life a solid nudge. I’ve had this mentality my whole life, it’s all or nothing. I hate sitting on the fence, so when I wrote this song at a mediocre point in my life, I was fed up with treading water. It’s a great feeling to throw yourself into something with all your heart.
The song has a strong hook and a really upbeat and uplifting vibe to it. This radiates on our dumb faces everytime we play it”
– K​ aris Hawkins (vocals/guitar)
STREAM “WILDFIRE” HERE: ​http://bit.ly/Grasshole_Wildfire