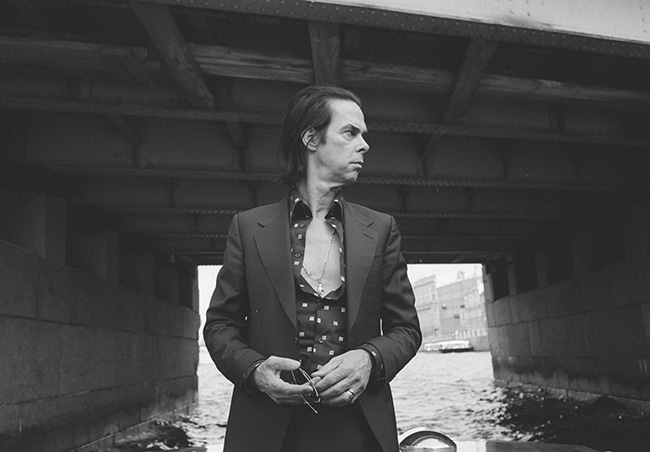 The prestigious and highly-coveted Australian Music Prize has unveiled its Shortlist for its 15th anniversary year, with a cohort of the country’s most respected music experts narrowing down the of 107 nominated albums to just the finest nine Australian releases of 2019.

The shortlist reflects Australia’s diverse pool of talent with an unrivalled consistency of quality continuing to rise to the top not only at home but across the world stage; Ainslie Wills’ introspective, folk-pop debut album ‘All You Have Is All You Need’, Amyl And The Sniffers reverence for 1970s punk in their self-titled album, Julia Jacklin’s honest journey through heartbreak and reconnection with self in ‘Crushing’, Methyl Ethel’s closure-seeking third album ‘Triage’, Nick Cave And The Bad Seeds latest epic ‘Ghosteen’, the eclectic dance album ‘Rebel Force’ from Sleep D, Thelma Plum’s story of culture, heritage, love and pain in debut album ‘Better In Blak’, the uncompromising, unapologetic sounds from Dispossessed’s ‘Warpath Never Ended’ and previous winner Sampa The Great with her acclaimed record ‘The Return’.

Amyl & The Sniffers – Finalist for their self-titled album

“It’s always great when an album as a body of work is recognised, The Return was one hell of a journey. Being nominated again feels very special,” said Sampa The Great.

This year’s awards see an overhauled judging process featuring forty of the country’s most admired tastemakers, retailers, media and artists participating in creating what is an amazing list of Australian albums. The shortlist has been chosen by a final judging panel who will come together in person for a day of discussion, debate and perhaps argument to decide the musical merits of each release and ultimately select Australia’s most prestigious music prize recipient, to be announced in March.

“As a first time AMP judge, binge-listening was a chance to revisit great albums and discover albums that had slipped through the cracks now we’re all seemingly bombarded with more music than ever before. Heaven knows how they managed to cull all those albums down, but they’ve come up with a fine nine that is a killer snapshot of Australian music in the last 12 months,” said Australian Music Prize judge Cameron Adams.

Inspired by the UKs coveted Mercury Prize, the Australian Music Prize has previously recognised artists including Gurrumul, Sampa the Great, Courtney Barnett, Hermitude, The Jezabels, Eddy Current Suppression Ring and The Drones, and continues to thrive with the support of the industry it serves.

“The Australian Music Prize has never been more vital in our music ecosystem, providing a separation from the fight for commercial success and encouraging a reconnection to the very heart of what draws us to music. We are proud to lift up music that inspires lives and change our culture for the better,” said Australian Music Prize director Scott Murphy.

The 15th AMP is also increasing its consultation and inclusion across the industry to showcase the album format, shine a light on amazing records which may not have had the support they deserve and to celebrate great Australian albums.

Ainslie Wills – All You Have Is All You Need
Listen

Sampa The Great – The Return
Listen