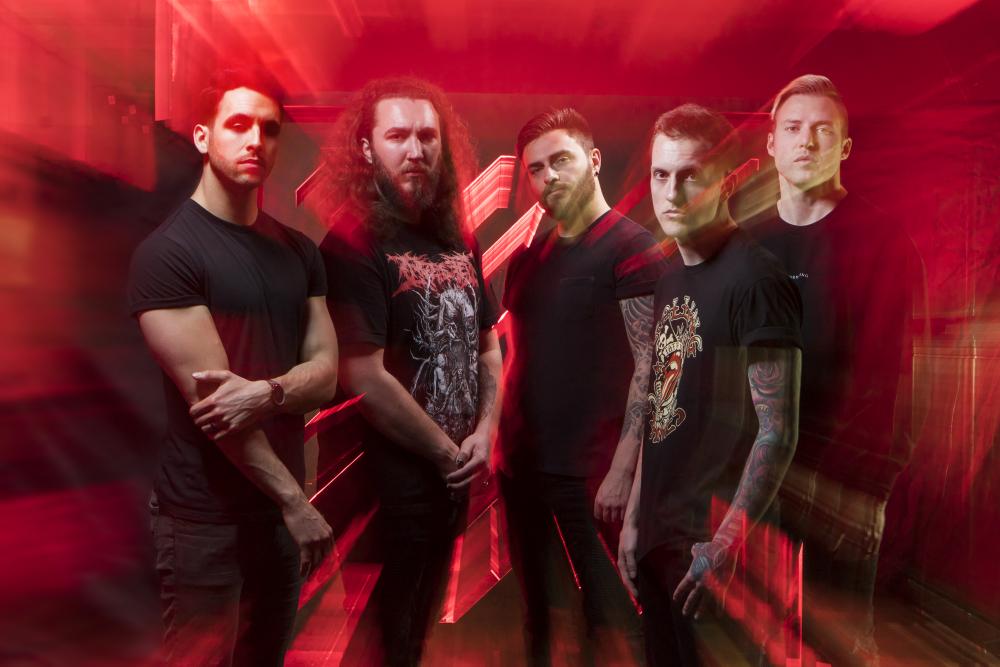 Detroit’s I Prevail have dropped the video for “Gasoline” from their latest album Trauma, out now via Fearless Records. Featuring UK YouTube influencer Daz Black, it’s a dark take on the cathartic merits of a mosh pit!Here in Australia, I Prevail’s album Trauma went to ARIA albums #6 on week of release and Digital Albums #2, as well as a full rotation add for single Breaking Down on triple j. In a rare occurrence, I Prevail were on ground in Australia during their album cycle playing Australia’s Download Festival in Sydney and Melbourne.I Prevail previously released the video for “Hurricane.” Watch + listen here. Additionally, I Prevail shared a behind-the-scenes look at the videos for “Bow Down” and “Breaking Down,” which premiered at Alternative Press. Watch the footage here. Check out I Prevail’s exclusive interview with Billboard here, which features additional behind-the-scenes look from the “Paranoid” video. See the official video for “Paranoid” here. Gold-certified Michigan quartet I Prevail refashion, re-up, and recharge rock music on their anxiously awaited 2019 sophomore offering, Trauma [Fearless Records]. If anybody can elevate the genre to mainstream ubiquity once more, it’s this band. Since their 2014 arrival, they set a precedent to catalyze rock’s evolution. The band put up astounding numbers rarely synonymous with the genre or their peers, for that matter. Nearing half-a-billion streams and 115 million YouTube views, they moved over 500,000 albums worldwide, notched three #1 singles on SiriusXM Octane, and played 500-plus shows in just three years. Not to mention, they achieved a gold single in the form of their take on Taylor Swift’s “Blank Space” from the Heart Vs. Mind EP. On the mega-anticipated 2019 offering Trauma, they uplift rock to a plateau where soundscapes can unpredictably toss and turn between heavy metal, alternative, hip-hop, and electronic moods without warning, boundaries, or rules. Meanwhile, the lyrics team with confessional emotionality as if ripped from the pages of a secret diary. Vulnerable, vital, and visceral, the 15-track opus illuminates the future, and it’s as bright and bold as the singles “Breaking Down“ and “Bow Down.” Rock may never be the same after this Trauma. I Prevail‘s new Album Trauma is out now through Caroline Australia and Fearless Records and is available for purchase/streaming at https://caroline.lnk.to/TRAUMA.