News: Jack Garratt (UK) returns with new music and second album details Love, Death & Dancing to be released in May 2020 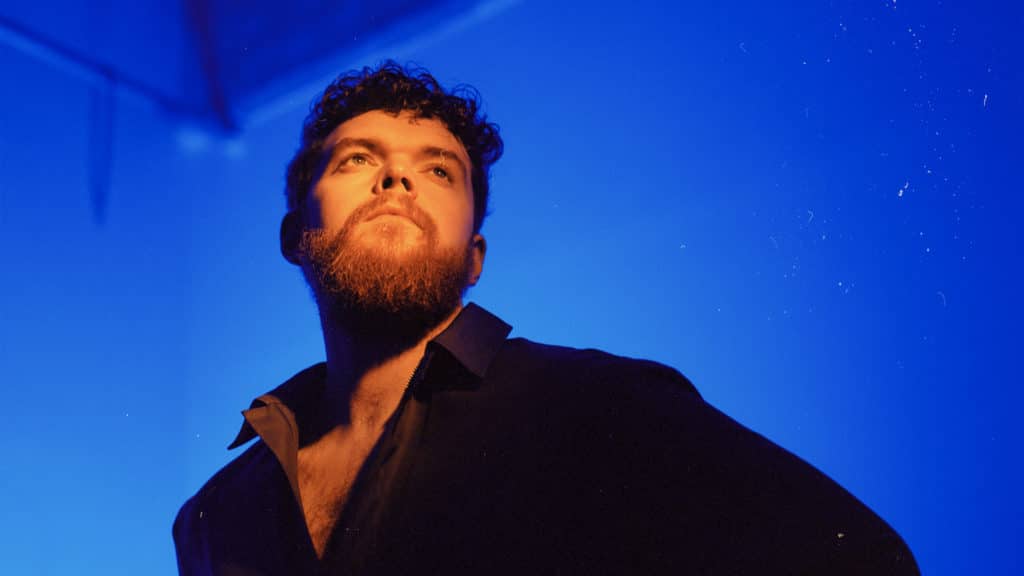 Jack Garratt (UK) returns with new music and second album details
Love, Death & Dancing to be released in May 2020

Jack Garratt is very pleased to share details of his second album Love, Death & Dancing for release in May this year, his first new music since 2016.

The music is performed solely by Jack, produced alongside Jacknife Lee and James Flannigan and will be released on Friday 29 May, through Dew Process. It is available for pre-order here. The record is preceded today by the sharing of three new songs, Jack’s first new music since 2016’s Phase LP.

Jack last hit Australian shores in 2016, playing Splendour in the Grass and two sold out sideshows at 170 Russell (Melbourne) and The Metro (Sydney). His single “Weathered” reached #78 in triple j’s Hottest 100 Countdown in 2015. He has also been championed by Australian artists with M-Phazes (feat. Ruel) covering “Weathered” and Vera Blue putting her take on “Breathe Life” both for triple j’s Like A Version.

He has marked his return with a deeply personal album with an accompanying and equally reflective long-form visual piece, Love, Death & Dancing – a film by Jack Garratt. You can feast your eyes on the first instalment “Time”, which is available now on all major video platforms.

“I wrote this album as someone – and for anyone – who likes dancing but doesn’t necessarily want to go out on a Saturday. It’s dance music for people who don’t want to go out” – Jack Garratt

If Jack wasn’t a musician, he’d make a mean critic. A detractor of his music could throw a brickbat at him but Jack will always have got there first. Ask him now about his 2016 debut album Phase and the 28-year-old doesn’t pull his punches, describing it as “busy and erratic”, “clever bullshit … a record full of beautiful metaphor that doesn’t really say anything. I was scared to actually say something real; I didn’t think people wanted to hear it. That’s why my production on that record is so busy, so saturated.” Yup, he’s down on the production, too. “I didn’t think I was a good producer, so I did lots of tricks to make people think: ‘He’s good.’ Same with the lyrics, with the melodies, all of it: it was just me on a face-value level effectively going: ‘This is good because it’s impressive, not because it’s actually good.’”

Phase struck so many of us at the time as a debut of rare audacity and bravery, confrontational and challenging pop record that, far from pandering to listeners, instead made demands of us, and was all the more thrilling for that.

As he gears up to send Love, Death & Dancing out into the world, Jack looks back on that period not with gratitude exactly, but with an appreciation of the wisdom it gave him – hard-won, maybe, but deeply precious, and an experience that armoured him for the battles ahead. If the process sounds hellish, Love, Death & Dancing, by contrast, is an ultimately joyous album. It isn’t afraid to lay bare the torment that led up to and informed its creation. But it is also a triumphant testament to survival, and to courage.

“I was in what should have been this huge celebratory moment, I’m 24, 25, my album has not only sold but sold well, globally, the tours were selling out, I was getting all these accolades and awards – I should have felt comfortable, at the very least. And instead I was scared and alone, and desperate for affection. I’d realised that a lot of the pillars of affection were hollow; they weren’t real.”

Working with the producer Jacknife Lee on half of the record and James Flannigan on the other half was “amazing”, Jack says. “They were incredible and really helped me in terms of getting my groove back, my confidence. Jacknife challenged me from a position of respect. He liked ‘Phase’, and was open to the issues with it.” Musically, Love, Death & Dancing reflects its lyrical content, moments of mellifluous beauty and calm giving way to outbreaks of cacophonous anxiety and manic energy. If the bluesy spaciousness of “Anyone” recalls Peter Green-era Fleetwood Mac, “Mara” conjures the production work of Lindsey Buckingham circa “Tusk”, while “Time” could be the offspring of both Baba O’Reilly and Boys of Summer.

“The album was written from the point of view of someone who has a functioning sadness,” Jack says, “who has had his day-to-day depressions and anxieties that have influenced the decisions he’s made. The album is about that functionality, that day-to-day battle, conversation, tug of war. We’re making a film at the moment, to go with the whole album.

The premise of it is that it’s me in the back rooms of my mental health, on my own, interpreting the album. The one thing it needs to do is for the very last shot to be exactly the same as the opening shot. Because this battle in my head is cyclical, infinite; it’s a line of consistency, a time loop that’s just going round and round and round.

“I think this is the first time I’ve felt proud of the songs I’ve made. I wrote this album as someone – and for anyone – who likes dancing but doesn’t necessarily want to go out on a Saturday. It’s dance music for people who don’t want to go out! And that’s the music that I love: music that doesn’t care if you’re standing up or sitting down. It’s going to give it to you either way.”