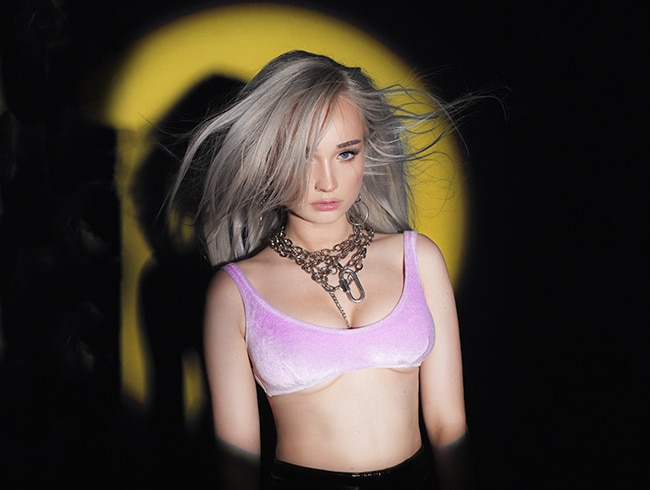 Fresh from being announced for the 2019 Sydney Gay and Lesbian Mardi Gras, international pop star Kim Petras has just announced additional performances, with two intimate side shows added to her Australian trip in March.

The German pop-star, who is already well-known for transitioning publicly at a very young age, took the music industry by storm, landing the #1 spot on Spotify’s Viral Top 50, collaborating with Charli XCX, Cheat Codes and SOPHIE, and securing tour supports with Troye Sivan.

Fans in both Sydney and Melbourne that are lucky enough to snap up tickets, will have the rare opportunity of catching global hits like ‘1,2,3 dayz up (Feat. SOPHIE)’, ‘I Don’t Want It All’ and ‘Heart Break’ in intimate venues, unlikely to be booked again.

“I can’t wait to finally get out to Australia’ Said Kim Petras, ‘I’ve always wanted to head over to check out the Sydney Mardis Gras. Performing two shows while I’m in the country is another huge plus!”

Tickets for Kim Petras intimate Australian side shows go on sale at 10:00am AEDT, on Thursday 21 February via:
MJRPresents.com