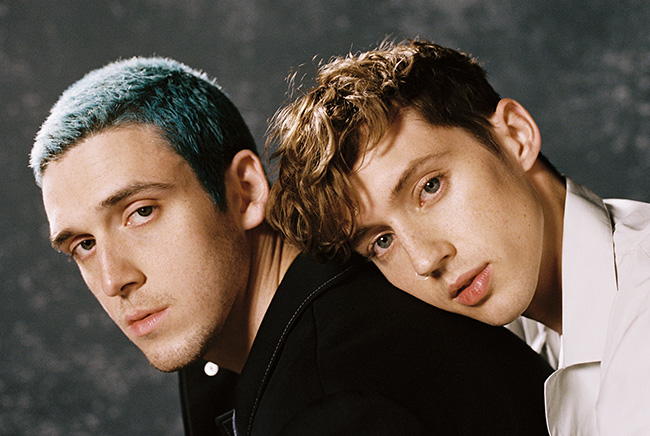 In just a few weeks, the single has already accumulated over 45 million streams, is charting on the Spotify Global 50 and been added to Capital Radio’s playlist in the UK. Click HERE to view the video directed by DAD® (Camila Cabello, Major Lazer, Alina Baraz).

The broadcast premiere went live on MTV LIVE and mtvU in America, in addition to the video premiering on Viacom billboards in Times Square.

Lauv said on the video, “In ‘i’m so tired…’, Troye and I are bitter heartbroken ghosts amidst super-in-love couples who are being…all in love. It was freezing. Troye was harnessed on top of a car and I almost fell off a diner. It was fun.”

Troye added, “The ‘i’m so tired…’ video sees Lauv and I become heartbroken, love-scorned ghosts messing with the loved up couples around us. It was such a good time to make.”

The release of the music video follows Lauv and Troye’s debut TV performance of “i’m so tired…” on Jimmy Kimmel Live!! Click HERE to watch!

The release of ‘i’m so tired…’ comes on the heels of Lauv’s single ‘There’s No Way’ featuring GRAMMY nominated artist Julia Michaels. Previous single ‘I Like Me Better’ reached the Top 10 of US Pop radio and has been certified Platinum in 12 countries. He has now surpassed over 2 billion cumulative streams worldwide.