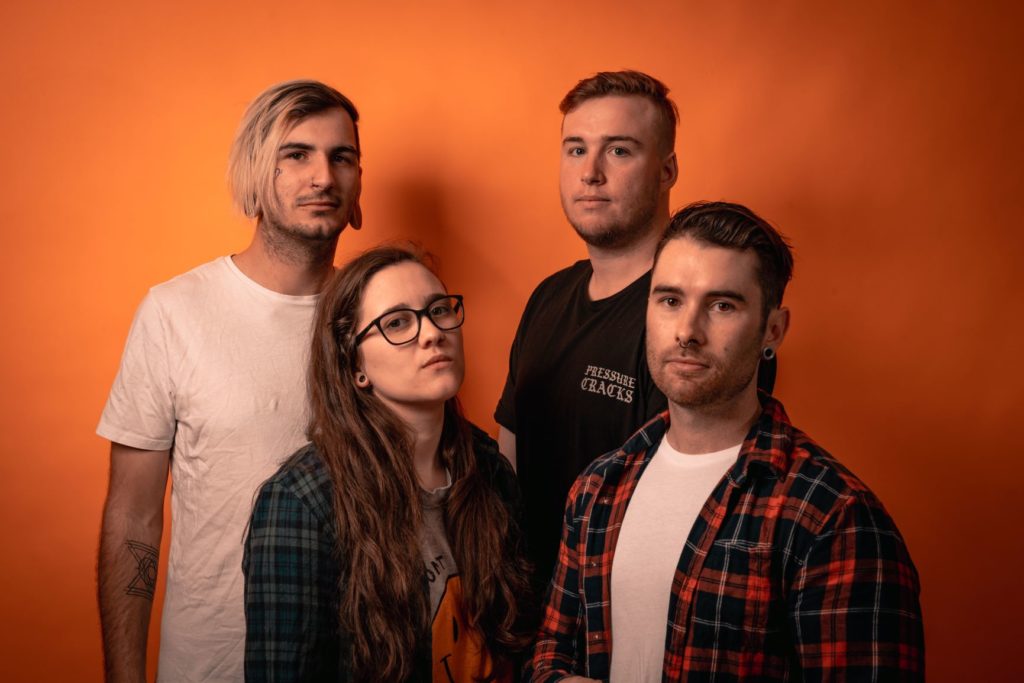 Novacastrian Hardcore outfit Liberties are today announcing the release of their Broken EP on April 5, along with the drop of their new single and videoclip ‘Crooked States’! The new EP is available to Pre-Order now at https://ffm.to/liberties_brokenEP and single Crooked States is available now for sale and streaming on all good digital stores and streaming outlets.Guitarist, Amy McIntosh, (who pull double duties on Guitar for The Beautiful Monument), said that this new EP, Broken, “…can be summed up with the word frustration. ‘Broken’ touches on topics ranging from personal tragedies, mental and physical fatigue all the way through to the current political climate both at home and abroad.”
Vocalist Ciaran Colgan, says that the new single Crooked States “…is about our society – how the average person in told one thing while those in power are doing something completely opposite. I wanted to write something that shows what we have witnessed as a world economy over the last odd decade and ask the question, it this really what we are happy to let continue?“The Newcastle-based crew started their music career in 2016 with what they self-describe as a “crappy demo”, which they quickly followed up by playing more shows than anyone could possibly poke a stick at. That overzealous/enthusiastic energy paid off, in that they quickly got a name for ourselves as a chaotic, high energy live act. That inspired them to put out their Day to Day 3 track release in late 2016, which resulted in spins on triple j’s Short Fast Loud. Late 2017 saw them Release single “Til Its Over” and then go into hibernation through 2018 to write and record the Broken EP. In that short 2016-2018 time period, Liberties have shared the stage with with a laundry list of both prominent Australian Acts such as The Beautiful Monument, Awaken I Am, Belle Haven, Far Away Stables, Satellites, as well as international acts such as Cute is What We Aim For, Secrets, Slaves, ’68 and Miss Fortune. Liberties’ new single ‘Crooked States’ is out now, and punters can choose how to access it at  https://ffm.to/liberties_cs and pre-orders for the Broken EP are available now at http://ffm.to/liberties_brokenEP!