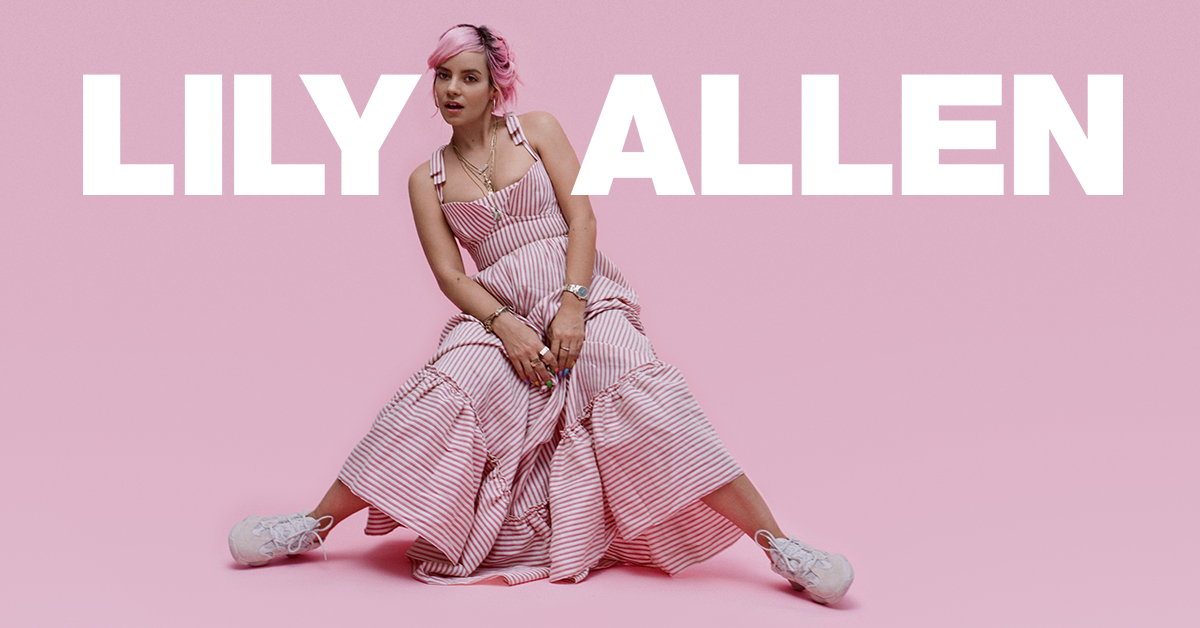 Frontier Touring are ecstatic to announce that legendary British singer Lily Allen will touch down in Australia and New Zealand in February 2019 for a series of electric shows. Fresh from the June release of her brilliant fourth record No Shame, the pop star will perform huge sets for fans in Sydney, Melbourne, Brisbane, Perth and Auckland. These will be her first Australian shows in four years, and her first show in New Zealand since 2010!

No Shame marks a kind of rebirth for Lily, who went back to the drawing board after several tumultuous years, eventually producing a beautifully raw and truthful set of classic pop songs that take her right back to the DIY spirit of her first two albums Alright, Still(2006) and It’s Not Me, It’s You (2011).
“On album one and two, I had finally found an outlet in which to express who I was, and who I thought I was,” Lily explains. “And then I had children and I got married, and I didn’t know any more.”
In the confusing period that followed the release of her third album Sheezus in 2014, Lily jokes that she had her midlife crisis:
“When people say I grew up too quickly, I definitely did. Life begins at 40 – but at 32, for me.”
For No Shame, she knew it was time to take it back to basics. Made across LA and London, Lily hit the reset button, giving herself time and space to take the pressure off and get emotionally honest with herself:
“I can write half a great song then finish it off with some bullshit,” she laughs, “and I’ve done that, a lot of times. But I’ve been able to sit here and get the bullshit away and make it as truthful as possible. That was my goal.”
Featuring Giggs on ‘Trigger Bang’, Nigerian dancehall star Burna Boy on ‘No Choice’, and London MC Lady Chann on ‘Waste’, No Shame is a frank and confessional album filled with songs that address the end of her marriage, her feelings about being a mother, stories of partying too hard, making friends, losing friends, and, crucially, ultimately, a sense of catharsis, that she’s coming out on the other side.
“There’s no shame in anything I’m saying,” she explains, of the candour that led to the title. “When I started writing the record I was in a sad, dark place, and this record could almost be starting at midnight, and getting through to the end of the day. It’s been cathartic for me. There’s no two ways about it. It starts in a dark place, for a reason, then ends up in a more optimistic place, for a reason.”
Lily first shot to fame with her debut record Alright, Still and its smash hit single, ‘Smile’which earned her Grammy, VMA, and Brit Award nominations. Her second album, It’s Not Me, It’s You, debuted at #1 in Australia and the UK, with singles ‘The Fear’ and ‘F**k You’landing her the Brit Award for Best Female Solo Artist in 2010. After a brief hiatus and the founding of her own record label, she released another UK #1 album in Sheezus. 2018’sNo Shame reaffirms her as one of the biggest and brightest pop stars of her generation.

Lily Allen is an icon for a reason, and now she’s armed with a new outlook on life and a newfound sense of purpose. These shows will be absolutely electric, so don’t miss your chance to nab tickets that are sure to disappear very quickly.